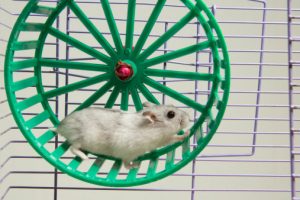 In animal studies, researchers have found that exercise may energize brain cell function. The risk of neurodegenerative diseases increases and our brain cells produce less energy to remain fully functional.

Researchers uncovered an enzyme – SIRT3 – located in the mitochondria – cell powerhouse – that may protect mice brains against stresses that can contribute to energy loss. They also found that mice on a wheel increased their levels of the protective enzyme.

The researchers uncovered the following in their findings: