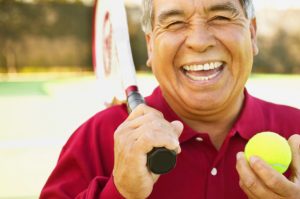 You’re doing your morning Sudoku every day, maybe an extra crossword puzzle on Saturdays and you have a new audio book to learn Spanish. Needless to say, you’re quite satisfied with yourself for giving your brain a good regular workout to keep the old noodle in good order.

Well, we applaud the efforts. Mental exercises and brain-training games and puzzles are part of protecting your memory and keeping cognition running strong. But increasing study has shown another crucial step to brain health is physical exercise. You need to get your heart rate pumping just a bit, equivalent to a fast-paced walk around the block a few times, to reap the beneficial effects of exercise on brain health. What’s good for the body, in fact, is quite essential for the brain.

Scientists now say that exercise has broad benefits on cognition, particularly improvements in attention, working memory and the ability to multitask. In fact, an active lifestyle during childhood may deliver protective effects on brain health across your lifespan.

How does exercise affect brain power? 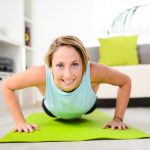 Exercise effects on brain functions start by triggering the production of a protein called brain-derived neurotrophic factor, or BDNF, first discovered by researchers at University of California-Irvine (UCI). This is the essential protein which helps support the growth of existing brain cells and the development of new ones. Basically, you lace up and get on the tennis court and you’ve stimulated brain cell regeneration by exercise. BDNF is like a natural brain fertilizer.

With aging, however, BDNF levels fall. The decline is considered one reason brain function deteriorates in the elderly. Certain types of exercise, namely aerobic where you get your heart pumping, are thought to counteract these drops and help restore youthful levels to better protect the aging brain and offset dementia.

Research has also shown that exercise improves blood flow to the brain which improves and protects cognitive abilities like memory and motor skills. The blood carries oxygen and feeds brain tissues.

There’s a growing body of research that has determined that exercise acts on multiple levels in the brain. Without getting too technical, let’s break it down like this: The brain’s wiring depends on the integrity of the brain cells or neurons, as well as the connections between the neurons, or the synapses. With aging, the synapses are lost or break down.

UCI’s Institute for Memory Impairments and Neurological Disorders has studied the effects of exercise extensively on the brains of mice. Researchers have found that exercise increases the number of synapses and also stimulates the brain to develop more neurons in the hippocampus, a key area of the brain for learning and memory formation and a target of decline in Alzheimer’s disease. 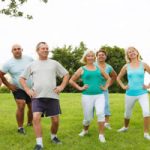 The next piece of the puzzle is how to make newly created brain cells, or neurons, work at their best to help us learn and remember new things. They need the right orientation seminar to do this. Exercise works in this way, too. It helps integrate the new neurons into the brain’s circuitry to help improve learning

How does that happen, exactly? Exercise increases the release of brain chemicals or neurotransmitters that relay signals between nerve cells, called neurons.

In our complex brains, of course, there are many different brain chemicals. You’ve heard of an endorphin rush from sex, exercise, even hot peppers? These are the feel-good chemicals released by your body when you exercise. Endorphins interact with the receptors in your brain that reduce your perception of pain.

They can also trigger a positive feeling in the body – that’s why exercise can be as effective as anti-depressants or painkillers, and comes without the harmful side effects of prescription drugs.

An aging brain can be a healthy one 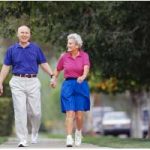 We do know that an aging brain is at risk. The hippocampus naturally shrinks in late adulthood, leading to impaired memory and increased risk for dementia. But that brain shrinkage is not inevitable.

A recent study by Chicago’s Rush University Medical Center looked at the effects of exercise and improved mobility on participants with an average age of 80. They were asked to wear movement monitors so that researchers could track their exercise and non-exercise activity over a period of 11 days.

Participants’ ability to move was also examined, and MRI scans of the brain were used to assess the volume of white matter hyperintensities (WMH) – small areas of brain damage – typically found in an older person. WMH’s have long been associated with impaired motor functioning, and show up in activities like walking. Study results showed brain damage was more pronounced among the least active participants.

The message here is the importance of exercise, and a more active lifestyle in general for older people when it comes to preventing mobility issues. Exercise also was shown to make networks in the brain that much more strong and resilient to disease.

Bottom line: Effects of exercise on brain health are significant. Eat your berries and oily fish, get your sleep and continue with those crossword puzzles – but know that exercise is essential for your health. Start walking, find a workout buddy or join a dance class. Your brain health depends on it.

10 power foods for your brain