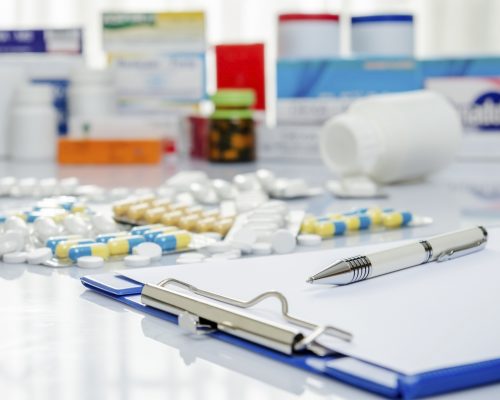 The researchers are now using their findings to pursue clinical trials. These include a mice study of a treatment that eliminated bacteria in the test tube – setting the stage for human trials; antibiotic cocktails based on the existing drugs; a plan to identify new drugs capable of selectively targeting the Lyme bacteria; and methods to change the makeup of the microbiome (the community of microorganisms inhabiting the human body) to stop the autoimmune reactions characteristic of the condition.

With Lyme disease on the rise – the CDC estimates that nearly 300,000 Americans are affected by Lyme disease annually –this type of research is in high demand.

Success of Lyme disease recovery is highest when it is caught early on. Nevertheless, 10 to 20 percent of patients end up developing a debilitating chronic condition called Post- Treatment Lyme Disease Syndrome (PTLDS).

Lead researcher Professor Kim Lewis said, “I find it amazing that when you show up at the doctor’s office you are not told that there is a 10 to 20 percent chance that your life as you know it has ended. Nobody seems to be focusing on the next step: How to prevent the subsequent rise of the chronic condition.”

The researchers have already found drug combinations that could treat Lyme disease more effectively, which will now be tested on animal models. “So far, we have identified two lead compounds that kill B. burgdorferi and have no activity against other bacteria. We are going at Lyme disease with everything we have.” Lewis explained.

Researchers from Johns Hopkins Bloomberg School of Public Health developed a test that would be able to assess thousands of FDA-approved drugs to determine if they would be successful against the bacteria found in Lyme disease. The researchers were able to determine how many of the bacteria were alive and how many were dead after each round of treatment to assess the effectiveness of the drugs.

Although results have been positive in the lab setting, the question remains whether the same result would be achieved in humans. Animal studies are next to determine the effectiveness of these identified drugs before moving on to human models.

Study leader Dr. Ying Zhang said, “There are a significant number of people who are sick and desperate for a cure for their Lyme disease symptoms months and even years after they have been told they are cured of the disease. The current drugs we use aren’t good enough for these persistent cases. This is why I have been getting so many calls and emails about our test and the drugs we have identified.”

Lyme disease and lupus both start with the letter L, and that’s not the only aspect they share. In fact, many Lyme disease symptoms may present themselves as lupus and vice versa. That’s why it’s important to be aware of their distinct differences in order to properly treat either condition. Continue reading…

Lyme disease can be stopped by using cholesterol-lowering statins at source: Study