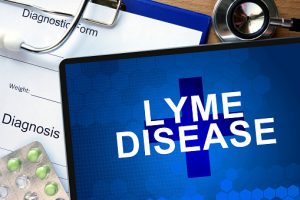 After 12 weeks of being on doxycycline, 86 volunteers completed questionnaires about their quality of life and on average scored 35 out of maximum 61 points (the highest quality of life). After 12 weeks of the combination antibiotics clarithromycin and hydroxychloroquine, among 96 patients the average score was 35.6. Lastly, the placebo group reported an average score of 34.8, showing no real difference between antibiotics and placebo.

Senior author Dr. Bart Jan Kullberg said, “The patients reported no benefit of prolonged antibiotics on any of the scales, compared to those who received placebo.”

Active Lyme disease was not shown to cause the symptoms and, in fact, “we don’t really know what is the cause of this syndrome,” explained Kullberg. “It could be an immune response to the prior infection, sensitization to the infection, or genetic variation that makes them sensitive to prolonged symptoms after an infection. But the answer may not be found in prescribing a prolonged course of antibiotics,” Kullberg continued.

Dr. Charles Ericsson, head of clinical infectious diseases at McGovern Medical School at UTHealth and a member of the medical staff at Memorial Hermann-Texas Medical Center in Houston, added, “This is sort of a further nail in the coffin in the controversy over chronic Lyme disease, or whatever you want to call it when people who have had Lyme disease have residual symptomatology. You can treat the inciting agent until the cows come home and nothing will change. You have to find a way to control this dysregulated immune system. We clearly need more research into how to deal with patients with this disease.”

Long-term complications of chronic Lyme disease can affect a person’s mobility or cognitive function. It can also drastically change a person’s lifestyle and add on emotional stress. The frustration of living with such symptoms can have patients trying out untested and unproven alternative remedies, which prove to be unsuccessful. Prior to starting any medications, always speak to your doctor in order to reduce the risk of toxic effects.

Lyme disease-induced inflammation causes nervous system changes, according to new research. Nearly 15 percent of Lyme disease patients develop peripheral and central nervous system involvement, which is accompanied by painful symptoms. Inflammation plays a role in these neurological changes, but the researchers found that the anti-inflammatory drug dexamethasone prevents many of these reactions. Continue reading…

Lyme disease-causing ticks are spreading their range within the U.S. a new report states. These ticks can now be found in nearly half of all American counties which is a much larger range than previously found in the 1990s. Continue reading…