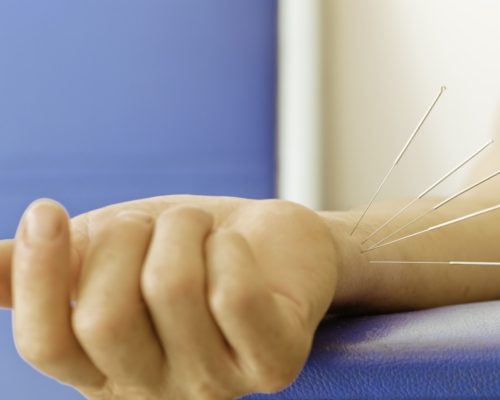 Lowering hypertension – high blood pressure – can be achieved by activating opioids with regular electroacupuncture treatment. In the study conducted on rats, the researchers found that the lower blood pressure effect of electroacupuncture lasted up to three days post-treatment. This was a result of the release of enkephalins, one of the three major opioid peptides produced by the body.

Previously the researchers reported that treating patients at a specific point in their wrist resulted in a drop of blood pressure. Repeated electroacupuncture evoked long-lasting action in reducing blood pressure in hypertension.

Roughly one-third of the adult population lives with high blood pressure, which is a risk factor for many serious cardiovascular events, including stroke and heart attack. Finding natural means to reduce blood pressure is essential for improving the outcomes.

Researchers found that patients suffering from high blood pressure benefited greatly from acupuncture treatments. In fact, in addition to helping lower blood pressure, the treatments were able to assist in decreasing the risk of heart disease and stroke.

Researchers from the Susan Samueli Center for Integrative Medicine found that when patients with high blood pressure were treated with acupuncture, they achieved a decline in their blood pressure. This effect persisted for up to a month and a half.

But the results did not happen overnight. They are the fruits of more than a decade of work in the area of acupuncture and blood pressure.

According to Dr. John Longhurst, a cardiologist at the University of California, Irvine (UCI) and former director of the Samueli Center, by using modern technology to confirm the effectiveness of this ancient therapy, they were able to scientifically support the use of acupuncture and provide a helpful guideline to the millions of people in the U.S. who suffer from hypertension.

As part of the study, the team conducted tests on 65 patients with high blood pressure who were not receiving any medication for hypertension. The patients were divided arbitrarily into two groups. Both groups were treated with electroacupuncture using low-intensity electrical stimulation at UCI’s Institute for Clinical & Translational Science.

In one group of 33 participants, the electrical stimulation was given on the inside of each wrist and also just below each knee.

In the other group, the participants were administered the electrical stimulation down the forearm and also the lower part of their legs.

These numbers stayed at their improved state for a month and a half.

The researchers also noted other changes that had significant health benefits. For one, 41 percent of the participants showed significant decline of norepinephrine levels in the blood. Norepinephrine constricts blood vessels and increases blood pressure and glucose levels.

Secondly, the electroacupuncture decreased aldosterone, a hormone that regulates electrolytes.

However, in the group that received electroacupuncture at other pressure points along the forearm and lower leg, there were no significant blood pressure changes.

Although the reduction in blood pressure readings in the first group is relatively small, the researchers noted they were clinically meaningful and the technique could be very valuable in treating systolic hypertension in patients over 60.

As both peak and average systolic blood pressure levels dropped in a span of 24 hours, the team is hopeful electroacupuncture could help reduce the chances of stroke, peripheral artery disease, heart failure, and myocardial infarction in hypertensive patients.

Your doctor can prescribe you medications to treat your blood pressure, but natural lifestyle changes and remedies can go a long way in improving your numbers, too. Exercising regularly, eating healthy, reducing stress, treating underlying health conditions that can contribute to hypertension like sleep apnea, reducing your intake of alcohol and caffeine, not smoking, maintaining a healthy weight, practicing yoga and breathing exercises can all go a long way in improving your blood pressure readings.