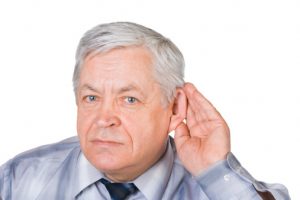 Loud noise has been found to be more dangerous than previously thought due to a condition that has been referred to as hidden hearing loss. The hidden hearing loss may present itself as a persistent ringing in the ears or difficulty understanding speech when in a noisy environment. It cannot be identified using standard hearing tests.

Traditional hearing loss occurs when the hair cells in the inner ear are damaged. These cells are responsible for converting sound into signals that are then carried by the nerves to the brain. Damage to these cells is irreversible and can occur due to exposure to loud noises, the use of certain drugs, or as a side effect of aging. Ear hair loss is picked up by a hearing test known as an audiogram, which measures your ability to hear soft sounds in a quiet environment.

Harvard researcher M. Charles Liberman has been investigating hidden hearing loss and suggests that the cause stems from damage sustained to the synapses—the delicate connections between the hair cells and nerves. Damage to the synapses may be caused by exposure to loud noises such as rock concerts, leaf blowers, and power tools. Liberman’s work in animal models suggests that it is possible to lose more than half of your synapses without affecting your audiogram score while still experiencing hearing impairment in noisy environments.

This new study gathered 34 college students between the ages of 18 and 41 and split them into groups based on their past exposure to loud sounds. The high-risk group was composed of those who had frequently been exposed to loud sounds and did not take steps to protect their hearing—for example, attending many concerts without the use of earplugs or operating power tools without protective earmuffs.

The low-risk group either did not have as much exposure to loud sounds or took precautions to protect their hearing. All participants had a normal audiogram score, meaning that testing was not affected by other discernible hearing damage. Those in the high-risk group were found to have more difficulty understanding conversations and speech in noisy environments than those in the low-risk group. The high-risk participants also showed evidence of reduced function of hearing-related nerves.
As the study was small, it is important that it be repeated in larger groups to confirm that hidden hearing loss is caused by damage to the synapses between hair cells and nerves. Animal trials have shown promise for treatment in the form of a drug with the potential to stimulate the regrowth of synapses, meaning that this form of hearing loss may not be permanent. Liberman has asserted that the best treatment lies in effective prevention and suggests that better education in regards to the dangers of loud sounds, as well as the proper use of protective equipment, may help reduce the prevalence of both general and hidden hearing loss.