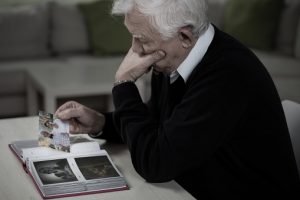 Loneliness is linked to brain inflammation and premature death. Unlike other illnesses where there are clear symptoms, loneliness can go undetected. It is estimated that 60 million Americans suffer from loneliness and seniors are at highest risk.

Research has shown that loneliness is linked with negative health outcomes, such as increasing the risk for obesity. Experts agree that loneliness is a serious health concern and requires as much attention as exercise, diet or sleep. Furthermore, the pain felt by loneliness is as real as being hungry or thirsty. John Cacioppa, Ph.D., from the University of Chicago said, “For a social species, to be on the edge of the social perimeter is to be in a dangerous position. The brain goes into a self-preservation state that brings with it a lot of unwanted effects.” 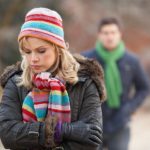 Recent findings suggest that loneliness can increase brain inflammation and raise the risk of premature death by 14 percent. The study examined loneliness in humans and rhesus macaques – a highly sociable primate.

For the study researchers examined the gene expression of leukocytes, which are involved in protecting the body against bacteria. In lonely humans and macaques, CTRA was shown but something new occurred as well.

The findings support that loneliness triggers a fight or flight response in the body, which impairs health over time.


How loneliness affects the immune system and causes chronic inflammation 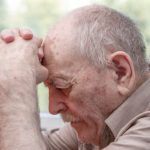 Other studies found that lonely individuals have higher levels of latent herpes virus reactivation and inflammation-related proteins in response to acute stress. Inflammation is associated with a number of health problems, including heart disease, diabetes and functional decline over time.

Jaremka added: “One reason this type of research is important is to understand how loneliness and relationships broadly affect health. The more we understand about the process, the more potential there is to counter those negative effects – to perhaps intervene. If we don’t know the physiological processes, what are we going to do to change them?”

Jaremka’s research revealed that lonely individuals have higher levels of antibodies against cytomegalovirus compared to those who are less lonely, and higher antibodies translates to more pain, depression and fatigue symptoms.

Jaremka added, “We saw consistency in the sense that more lonely people in both studies had more inflammation than less lonely people. It’s also important to remember the flip side, which is that people who feel very socially connected are experiencing more positive outcomes.”

Other effects of loneliness on your health

Research has shown that loneliness can increase inflammation, but it can have other negative health effects as well. Here are other health consequences that result from loneliness.

The lead researcher from the newest findings, John Cacioppa, came up with useful tips to help prevent and treat loneliness, including:

Other effective tips to prevent and treat loneliness include:

Lonely? How to make it work in your favor…

I’ve often said that life is better shared. The things you do with family and friends can be the most memorable moments in your life. But there’s something to be said for carving out “alone time” or “me-time” to do something just for yourself. And as it turns out, alone time is good for your health. Continue reading…

Feeling a little blue? Lonely, listless and in your pajamas until noon? I can’t blame you. In some parts of North America, we’re in a record-breaking deep freeze. The days are short, dark and pretty darn cold and I feel as though I need to take up ice fishing to make the most of the season – if only I could get off the couch. Continue reading…