Home » Brain Function » Memory » The Link Between Being Lonely and Dementia 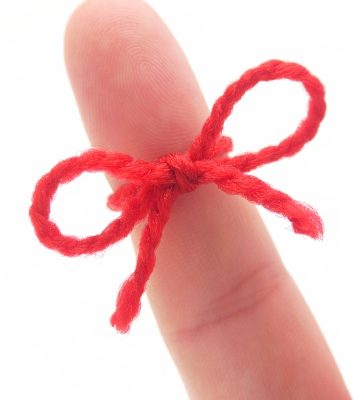 Dementia pertains to a complex medical disorder that affects the cognitive function of an individual and is thus characterized by forgetfulness and memory loss.  For several decades, dementia was considered as an exclusive condition of the elderly; however, the number of cases of dementia has recently increased around the world.

In addition, majority of the cases of dementia, roughly 90%, have been associated with Alzheimer’s disease, which is a neurodegenerative disorder that commonly affects the elderly. Forgetfulness can be quite devastating not only to an affected individual, but also to his or her loved ones.  Severe forms of memory loss may involve the inability to remember names, birthdays, phone numbers, and even places of residence.

The major risk factors associated with dementia and forgetfulness include advanced age, low level of education, stroke, diabetes, and genetics. However, a recent report has shown that the feeling of loneliness may also increase the risk of dementia in certain individuals.  According to Dr. Holwerda, loneliness involves the excessive use of two regions of the brain, the hypothalamus and the pituitary gland, which are also the same regions associated with dementia.  The association between loneliness and forgetfulness may therefore be mainly based on the tissue damages that have accumulated in these brain regions.

According to the recent medical report, the concept of loneliness in relation to forgetfulness is not simply the act of living alone or in isolation.  In their report, loneliness is defined as the lack of social interaction or engagement and thus, an individual living with a big family may also feel lonely if he or she does not interact well with co-inhabitants.  At the same time, it may also be possible for people living alone to engage in social interactions outside the home and thus, these individuals do not feel any form of isolation and loneliness.

The researchers of the study describe loneliness as a behavioral response of being accepted by the family, spouse, friends, or co-workers.  It is actually a natural response for a person to feel distressed if the people they are interacting with are dissatisfied with their company.  Loneliness may thus lead to insufficient stimulation of the brain, facilitating the development of dementia.  The report has also emphasized that loneliness may be defined in terms of quantity and quality of interaction with other people.  A lack of social interactions may thus impart a feeling of loneliness in an individual, as well as a negative outcome from an interaction with another individual.


What Lifestyle Means for Aging and Dementia as a Whole

The report has also pointed out that the current lifestyles around the world have also influenced the incidence of loneliness and indirectly, forgetfulness.  The rapidly increasing size of the aging population has resulted in the establishment of elderly care facilities, in which aging parents are placed under the care of healthcare personnel.  In other cases, the elderly continue to live in their homes and through time, live alone when one spouse passes away.  Adult children may also choose to move out of the city, state, or country, and thus elderly parents tend to live far from their loved ones.

If You Feel Lonely…and Experience Forgetfulness

The researchers of the study carefully explained that the feeling of being lonely, and not being alone, has been associated with a higher chance of dementia or memory loss among the elderly.  In addition, the researchers also emphasized that this specific risk factor for forgetfulness is independent of other conditions such as diabetes and cardiovascular diseases.  This report may thus help physicians and other healthcare personnel in understanding the connection between forgetfulness and loneliness and identify elderly individuals who are vulnerable to this medical condition.  It may also be possible to design intervention programs for the elderly that would improve their quality of life during ageing and possibly prevent memory loss.