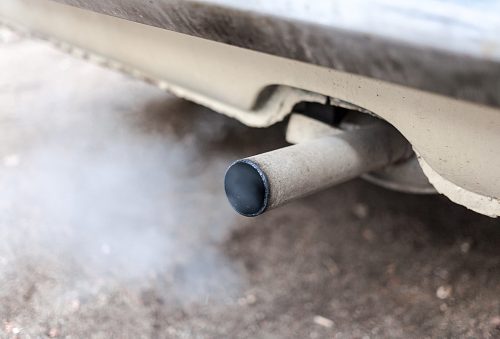 Life is filled with hazards that can seriously encumber our health or even be life-threatening, but we do our best to try to avoid them. We wear our seat belt, we look both ways before crossing the street, but one hazard that is nearly impossible to avoid is the quality of the air we breathe.

A new study from Australian researchers has found that by simply living by a busy road, your respiratory health may be in jeopardy if you are middle-aged.

The harms of air pollution

This trend may also translate to citizens here in America, as according to the department of environmental protection, air pollution can be harmful to our health in high concentrations. Factors such as urban smog, particle pollution, and toxic pollutants that millions of Americans expose themselves to can eventually manifest into serious health concerns. With enough exposure to this element of pollution, individuals may experience:

Long-term exposure may even cause damage to the immune, neurological, reproductive, and respiratory systems, leaving individuals with chronic debilitating conditions. Cancer development is also a risk of long-term air pollution exposure.

The study in question followed nearly 700 Australians aged 45–50 living less than 200 meters from a major road for a five-year period. These individuals were found to have a 50 percent higher risk of developing asthma, wheeze, and lower lung infection when compared to Australians who lived further away.


Roads were defined as highways, freeways, and arterial roads that linked to major metropolitan activity centers.
This finding was quite perplexing to the researchers as Australia has relatively safe nitrogen dioxide (NO2) levels limited to 30 parts per billion people a year. The highest reading during this study was 23.

The researchers go on to say that despite having relatively lower pollution levels compared to developing south-east Asian countries, adults are still at increased risk of asthma and poor lung function at current set pollution limits.

A call for improved regulations

One major source of pollutants is diesel gas, which is much more harmful than petrol, producing more pollution when burned. The researchers would like government officials to look into better ways for reducing emissions on the types of road included in this study.

“In particular, the role of traffic-related air pollution (TRAP) exposures is exacerbating or causing asthma has attracted substantial interest. Our study adds to the existing body of evidence that even relatively low levels of TRAP exposure are associated with asthma and poor lung function in adults,” wrote the lead author of the study Dr. Gayan Bowatte of the University of Melbourne Allergy and Lung Health Unit.