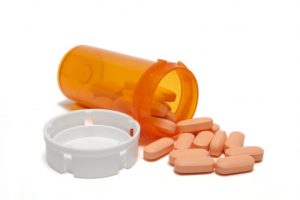 A cholesterol-reducing medication has been used for decades to help reduce the levels of LDL or “bad” cholesterol. It has even been hailed as having the ability to reduce overall mortality, helping to save lives in many medical regimens. Now, a new study suggests that this drug could also potentially extend the survival of those with a serious respiratory condition known as chronic obstructive pulmonary disease (COPD).

The most common cause of COPD

Smoking cigarettes and inhaling secondhand smoke are the most common causes of COPD. Cigarette smoke irritates the linings of the respiratory system, leading to increased inflammation and difficulty breathing.

COPD is considered the third leading cause of death in the U.S. according to the U.S. National Heart, Lung, and Blood Institute. Smoking is linked to about 80 percent of all COPD deaths.

COPD encompasses two other conditions—chronic bronchitis and emphysema. And in most cases, COPD is diagnosed much later in a smoker’s life, as symptoms are initially subtle from the long-term exposure to irritating gases or particulate matter in cigarette smoke.

The following are various symptoms of COPD:

A Canadian study was conducted involving nearly 40,000 COPD patients where one in five took a statin. It was
discovered that these individuals had a 21 percent lower risk of dying from any cause, as well as a 45 percent reduced risk of dying from lung-related issues.

This finding was an incidental result of a separate large-scale investigation that was looking for a link between statin use and COPD exacerbation, but no association was found. Therefore, the study was not designed to prove a definitive cause and effect relationship between statin use and increased COPD survival.

“Although this is not a perfect paper, it’s really well done, and it showed this benefit to mortality … People with COPD have more cardiovascular disease, and treating comorbid [coexisting] conditions can really help out. The survival benefit may not be unique to COPD, but it was a pretty significant survival benefit for people with COPD,” said Dr. Robert Reed, an associate professor at the University of Maryland School of Medicine, who co-authored an accompanying editorial.