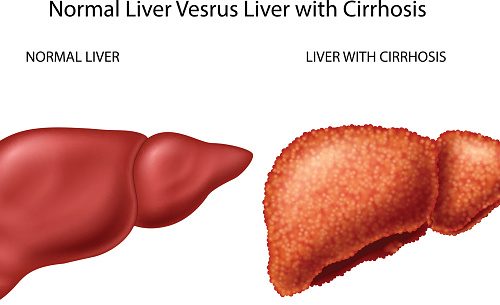 Liver disease is on the rise, yet many patients don’t even realize they have it until it’s too late. The liver is often overlooked even though it is a true powerhouse when it comes to keeping you healthy. Your liver faces many threats on the daily, from medications and alcohol to infection and even your own weight. When your liver becomes sick, symptoms are often confused with other conditions, but the longer you go without treatment, the sicker your liver becomes. This leads to scarring and fibrosis of the liver. As this progresses, it increases the risk of cirrhosis, which is irreversible and often results in a liver transplant.

A report from the Center for Disease Control and Prevention (CDC) revealed that death rates from chronic liver disease and cirrhosis rose 31 percent among individuals aged 45 to 64 between 2000 and 2015. Liver cancer cases rose over 20 percent from 1990 and 2015.

There is often a stronger focus put on heart disease, dementia, and cancer, as baby boomers are now all aging together. So, liver-related problems aren’t as much of a priority.

Although in many cases the liver is quite strong, resilient and will often bounce-back in early stages of cirrhosis, it can only do so much to fend it off completely.

There have been many advancements in treatments for the liver such as improvement in hepatitis drugs, liver cancers, and even prevention methods for both alcoholic and non-alcoholic fatty liver disease.

The rise in liver cancer cases is associated with an incline of hepatitis C infection seen among baby boomers. Hepatitis C was often transmitted through a variety of medical procedures such as blood transfusions prior to 1992. The infection also spread widely among intravenous drug users and unsterile tattoo needles.


It may be difficult for baby boomers to admit to their doctors today that back in their teen years, they may have been “reckless,” which could increase their risk of liver-related problems today. This is why improving screening is so important.

Dr. Anna S. Lok of University of Michigan and president of the American Association for the Study of Liver Diseases designed an electronic health-record which prompts doctors to perform screenings on their patients to detect any possible red flags that could signal future or even current liver problems. As a result, testing and screening for hepatitis increased five-fold among baby boomers.

An initial signal of possible liver problems is elevated liver enzymes in the blood. This is a good starting point to uncover any serious problems, and it can prompt doctors to speak to their patients about their alcohol intake, diet, weight, and other habits that may contribute to a sick liver. Further investigation may prompt doctors to conduct an ultrasound of the liver or work with the patient to reduce alcohol intake, lose weight, or stop the use of intravenous drugs.

More often than not, a person may live with early liver disease without even knowing it. This is why it is so important that you routinely have your liver tested to ensure it stays healthy or any problems are detected early on so treatment can be put in place.

6 tips for a healthy liver

Why it’s so important to keep your liver healthy