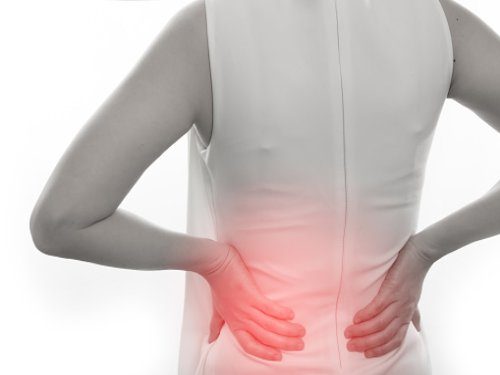 Left flank pain refers to the sensation of pain located in the left lower region of the back, in the area below the ribs and above the pelvis. There are a number of different diseases and conditions that can lead to the development of this condition, but any pain located here often brings the health of the kidneys into question, as these flank areas of the body are the normal anatomical position of the kidney’s themselves.

Depending on the cause, left flank pain may be simply mild and nagging, however, other cases may cause severe pain that can even incapacitate the patient. Left flank pain symptoms may also be accompanied by fever, nausea, and vomiting, which suggests more serious underlying conditions.

The following are just some of the most common causes of left flank pain.

What are the causes of left flank pain?

Caused by the exact same virus that causes chickenpox (Varicella zoster virus) and can occur despite having chicken pox as a kid. This infection is a reactivation of the varicella-zoster virus within the body that had stayed dormant in the dorsal root ganglion, which is kept at bay by the immune system.
However, if the immune system were to become compromised, like due to aging, immunosuppressive therapy, or even psychosocial stress, the varicella-zoster virus may become reactivated.

While shingles do cause a rash characterized by blistering and inflammation, similar in fashion to childhood chickenpox, it does so in a dermatomal distribution – in a region of nerve innervation.

Shingles will only appear in a specific linear or belt-like region of the body (classified as dermatomes) that never crosses the midline, typically seen around the midsections of the abdomen or torso, but can appear on the face, eyes, or other parts of the body. This rash can be located in the flank region as well.

Blisters can become very painful, eventually scabbing over and possibly leaving a scar and discoloration. The pain affecting shingles patients is referred to as herpetic neuralgia.

An infection of the kidneys that originally stems from a bladder infection or from an infection originating in the blood. Diabetics, pregnant women, and immunocompromised individuals are considered at high risk. Signs and symptoms may include enlarged kidneys, tenderness on one or both sides of the lower back, chills, fever, painful and frequent urination, foul-smelling urine, cloudy urine, and spasms causing intense pain. Treatment involves the use of antibiotics to eradicate the infection

In some cases, pyelonephritis may lead to serious health complications if not treated in a timely fashion. This may include the development of acute renal failure, irreversible kidney damage, and chronic kidney disease. Some cases may even lead to the development of sepsis, a life-threatening condition whereby the infection as spread to the bloodstream leading to damage to multiple organ systems.

Rib cage pain can lead to the development of pain or discomfort over the flank, with the two most common causes of it being fractured or bruised ribs. This may be due to some sort of acute trauma, like when playing contact sports or being in a car accident. Sufferers often complain of tenderness over the affected area, decreased range of motion due to pain, as well as pain associated with breathing (pleuritic pain).

Cases of bruised ribs should be evaluated by a medical professional as the risk for possible lung or spleen damage needs to be addressed. Imaging studies, such as x-rays, may also be done to rule out further injury to surrounding structures. The most effective therapy for the treatment of bruised ribs is rest and temporary immobilization. The addition of applying ice packs to the affected ribs as well as over-the-counter pain relievers (e.g. acetaminophen or ibuprofen) may provide additional relief.

Also known as splenomegaly, an enlarged spleen can be caused by a number of different conditions, including some infections, liver disease, as well as some cancers. Your spleen has multiple supporting roles in the body–it acts as a filter for blood cell, platelets, and white blood cells, as well as helping fight off certain kinds of bacteria that lead to the development of pneumonia and meningitis.

Having an enlarged spleen doesn’t usually cause any symptoms in itself, but rather, is a finding discovered during a routine physical examination. The spleen is located on the left flank side, which is why it may be included in cases of left flank pain.

Most treatments of splenomegaly will involve watchful waiting and reevaluation within six to 12 months or sooner. Some cases may require the removal of the spleen altogether, but only in dire circumstances, as its removal will leave the patient susceptible to contracting serious or even life-threatening infections thereafter.

The urinary tract is your body’s drainage system for removing waste and extra fluid, in the form of urine. This intricate system involves many different parts working together, which includes the kidneys, bladder, and ureters (thin tubes that connect the kidneys to the bladder). Having a urinary tract infection or obstruction of a ureter can lead to flank pain. These conditions are commonly accompanied by pain as well as increased frequency of urination, low-grade fever, and pain during urination (dysuria). Kidney stones that become lodged within the kidneys themselves or among any pathways of the urinary system are a common cause of flank pain.

Potential kidney disorder leading to the development of flank pain include renal inflammation or infection, renal infarction, kidney trauma, kidney stones, as well as urinary tract infections that spread to the kidney. Kidney cancer may also lead to the development of flank pain, however, this symptom does not present suddenly, often presenting with additional symptoms such as blood in the urine (hematuria).

Diverticulitis is an inflammatory condition that results from the inflammation of diverticula – pouch-like like bulges that are found in the lower part of the large intestine. Diverticula in themselves are not harmful and are actually commonly found in adults over the age of 40, but when these pouches become infected, it can lead to the diagnosis of diverticulitis.

Diverticula are thought to occur due to a combination of increased intestinal pressure and weak spots of the intestinal mucosa leading to the formation of small bulges. They don’t usually present with symptoms and are typically an incidental finding during a routine colonoscopy. In situations where diverticula become infected, they have the potential for bursting, releasing their contents outside of the large intestine. This can lead to a bunch of new more serious set of complications.

Common symptoms of diverticulitis include severe pain (commonly on the left side of the abdomen), nausea and vomiting, fever, abdominal tenderness, constipation, and diarrhea (rarely). Treatment will often include the use of antibiotics and pain reliever medication, as well as a temporary change to a liquid diet. More serious cases may require surgery.