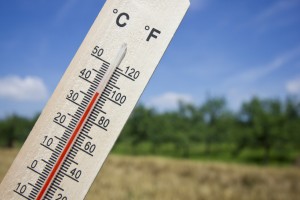 Kidney stones is a painful problem that can last for weeks in some cases, but you should not suffer when there are ways to get rid of the stones – including natural home remedies.

Kidney stones form when high levels of calcium, sodium, uric acid, or other crystal-forming substances start to build up in a person’s urine to levels the body just can’t get rid of. What happens is, these crystals chemically bond and form a stone inside the kidney. While some stones are small and pass through urine on their own with no symptoms, others can grow large and get lodged in the tube that allows urine to pass from the kidney to the bladder. In these situations, kidney stones cause pain.

Kidney stones and chronic kidney disease risk may increase with high temperatures. As warmer weather is upon us, the risk of kidney stones is rising, according to research. Researchers found that kidney stone cases are on the rise when the temperatures are hot. They uncovered this association by examining 60,000 Americans in several U.S. cities.

Study lead Gregory E. Tasian said, “We found that as daily temperatures rise, there is a rapid increase in the probability of patients presenting over the next 20 days with kidney stones.” 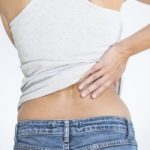 Kidney stones in women raise the risk of stroke and coronary heart disease (CHD). Lead researcher Yanqiong Liu said, “People should be concerned about kidney stones. Evidence suggests an association between kidney stones and incident cardiovascular disease, even after adjusting for other cardiovascular risk factors.”

Liu added, “The evidence for an increased risk of myocardial infarction in female kidney stones patients but not in male kidney stones patients is suggestive but not conclusive. It was unexpected and difficult to explain. We feel these findings need to be confirmed by further prospective studies, in which the mechanisms underlying this association should be examined.” Continue reading… 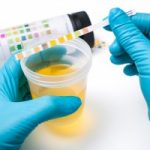 The urinary system is comprised of the kidneys, bladder, ureters, and urethra. The kidneys’ main role is to cleanse the blood and allow for waste to be expelled through urine. Urine then travels down the ureters into the bladder where it remains until released.

Infections can occur anywhere along the urinary system, resulting in either bladder infection, kidney infection, urethritis, or urinary tract infection. Infections anywhere in the urinary system can be dangerous if left untreated, so it’s imperative to see your doctor soon after symptom onset in order to begin treatment as soon as possible to minimize complications. Continue reading… 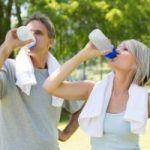 Dehydration can lead to kidney stones, kidney failure, and cardiac arrest. The risk of dehydration is much higher in the summertime, as the weather is hotter and people are outdoors and being active more often. While running low on liquid intake is usually associated with weakness and malaise, you should also know without proper hydration you may be putting your kidneys and heart at risk.

Less than 75 percent of Americans consume the recommended amount of water throughout the year, according to the Institute of Medicine. Sixty percent of our bodies is comprised of water, so hydration throughout the day is essential – particularly, when you are sweating more. 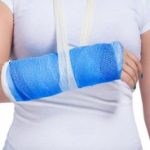 During a median follow-up period of five years, kidney stone patients were found to be at a significantly higher risk of fractures and broken bones.

Males with kidney stones were 10 percent more likely to suffer broken bones, compared to men without kidney stones. The risk was seen highest among teen males – their risk of bone fractures was 55 percent.

Women with kidney stones had a 17 to 52 percent higher risk of bone fractures, with the highest risk among women aged between 30 and 39. Continue reading…