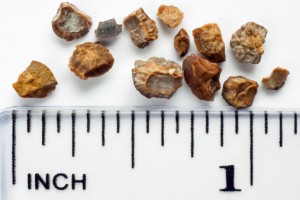 The kidneys are responsible for filtering and removing waste that enters the body, as well as fluid balance and regulating electrolytes. The kidneys can become susceptible to damage and even failure if you have other medical conditions.

In 2015 kidney news highlighted kidney stones, treatment and medical causes that increase the risk of kidney disease. Here are Bel Marra Health’s top kidney news stories that came out in 2015.

Researchers at the Fraunhofer Institute for Physical Measurement Techniques IPM are developing a new Raman spectroscopy for rapid diagnosis of kidney stones. This technology could lead to improved patient follow-up care and reduce future kidney stones.

Researcher Dr. Arkadiusz Miernik said, “Only a small number of kidney stone patients receive a comprehensive consultation and follow-up after they have been treated.” Reasons for this may be in large part due to the cost and time it takes to conduct a follow-up exam.

Raman spectroscopy allows doctors to rapidly and effectively characterize and identify kidney stones. With the use of wavelengths they can analyze samples called a “chemical fingerprint.” Miernik explained, “These samples are illuminated using laser light. About 1 percent of the photons are reflected back in a different wave spectrum highly specific to the sample. We record these signals in a database.” Learn More 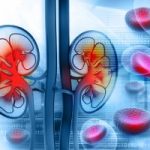 New findings suggest that certain acid reflux medications could increase the risk of kidney disease. The medications are known as proton pump inhibitors (PPI) and are part of the top 10 most popular prescribed medications. The study will be presented at ASN Kidney Week 2015 from November 3rd to 8th at the San Diego Convention Center in San Diego, CA.

The prevalence of kidney disease is on the rise, affecting more than 20 million Americans. Risk factors for kidney disease include diabetes and high blood pressure, but medications can play a role, too. Two recent studies revealed the role of proton pump inhibitors and how they play a part in increasing the risk of kidney disease. Learn More

Renal failure, hematuria and kidney stones can be caused by polycystic kidney disease. 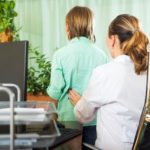 Polycystic kidney disease doesn’t solely affect the kidneys, it can also affect the liver and other parts of the body as well. Although noncancerous, the disease can still lead to other complications, including hematuria and kidney stones.

Hematuria – or blood in the urine – is a common complication of polycystic kidney disease – it occurs in 30 to 35 percent of patients. Hematuria is associated with an increased kidney size and a faster kidney growth rate. Learn More

Kidney Disease and Sleep: Sleep deprivation and kidney disease, one increases risk for the other

Kidney disease and its effect on sleep and tips to overcoming sleep deprivation. 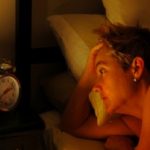 Sleep deprivation and kidney disease have been found to increase the risk of each other. New research was conducted on women and found that those who slept five hours a night or less had a 65 percent higher risk of developing kidney disease. 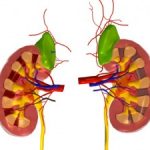 The researchers evaluated the effects of 12 months of exercise training on kidney function and heart disease risk in patients with chronic kidney disease (CKD). Twenty patients were either assigned to rehabilitation training, which involved exercise, or standard care. Eighteen patients completed it by the end of the study.

After the 12 months of either program the researchers found those in the exercise group had a slower rate of kidney decline along with improved cardiovascular function. Learn More

Researchers have discovered a new method for diagnosing CKD. 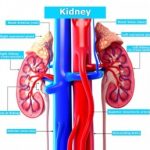 Early chronic kidney disease (CKD) diagnosis is now possible with new blood markers. Roughly 10 percent of the population is affected by chronic kidney disease, which can contribute to kidney failure, heart disease and premature death. Early detection of CKD relies on measurements of metabolic creatinine that only become elevated once 50 percent of the kidney’s function has become lost – clearly at this point the disease has progressed too far.

Researchers at the University of Freiburg, in Germany, tried to find better markers of kidney function that could detect kidney disease much sooner. They measured concentrations of nearly 500 metabolites in several thousand individuals. Learn More

Hopefully these news stories provided you with more information to help you keep your kidneys healthy and to help you protect them from illness.