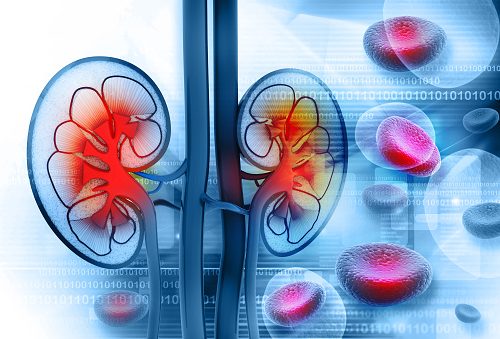 New findings suggest that certain acid reflux medications could increase the risk of kidney disease. The medications are known as proton pump inhibitors (PPI) and are part of the top 10 most popular prescribed medications. The study will be presented at ASN Kidney Week 2015 from November 3rd to 8th at the San Diego Convention Center in San Diego, CA.

The prevalence of kidney disease is on the rise, affecting more than 20 million Americans. Risk factors for kidney disease include diabetes and high blood pressure, but medications can play a role, too. Two recent studies revealed the role of proton pump inhibitors and how they play a part in increasing the risk of kidney disease.

In the first study, from Johns Hopkins University, 10,482 adults with normal kidney function were followed. Their findings unveiled that those who used PPIs were 20 to 50 percent more likely to develop chronic kidney disease compared to non-users. The same findings were replicated again in a study involving over 240,000 patients who were followed between 1997 and 2014. Dr. Benjamin Lazarus from the research team said, “In both studies, people who used a different class of medications to suppress stomach acid, known as H2-blockers, did not have a higher risk of developing kidney disease. If we know the potential adverse effects of PPI medications we can design better interventions to reduce overuse.”

Another study conducted by Dr. Pardeep Arora found that out of 24,149 patients who developed chronic kidney disease, 25.7 percent of them were being treated with PPIs. Although those on PPIs had a lower risk of cardiovascular disease, hypertension, diabetes, and chronic obstructive pulmonary disease, there still existed a 10 percent increase in chronic kidney disease (CKD) and a 76 percent increase of premature death.

Dr. Arora concluded, “As a large number of patients are being treated with PPIs, health care providers need to be better educated about the potential side effects of these drugs, such as CKD. PPIs are often prescribed outside of their approved uses, and it has been estimated that up to two-thirds of all people on PPIs do not have a verified indication for the drug.”