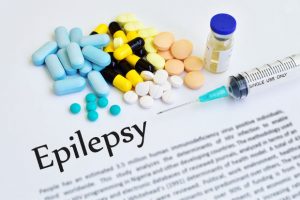 A ketogenic diet based on high-fat and low-carbohydrate consumption has been found to help patients who suffer from super-refractory status epilepticus (SRSE)—a severe and often fatal form of epilepsy—in a new study from Johns Hopkins and their colleagues. SRSE is characterized by prolonged and severe seizures that require medically-induced comas in order to prevent additional damage to the brain and body.

The ketogenic diet was found to be effective in treating approximately one third of adult patients with epilepsy who are resistant to anti-seizure medications, and researchers set out to determine if this held true in the most severe cases as well.

To conduct the study, researchers gathered 15 patients who were hospitalized with SRSE at the Johns Hopkins Hospital, Mayo Clinic, the Queen’s Medical Center in Honolulu, and Thomas Jefferson University Hospital in Philadelphia. Five of the patients were men and ten were women, and they all ranged between the ages of 18 and 82.

These patients were deemed super-refractory, as they experienced a recurring seizure for 24 hours with multiple failed intervention attempts and were put into medically induced comas, only to be awoken after 24 hours and have their seizures return. Patients were put back into a coma after the seizures returned to protect damage to the muscles, kidneys, and brain, and other intervention methods were attempted. These 15 patients had been given an average of eight anti-seizure medications that proved ineffective before researchers attempted the ketogenic diet.
As patients were still in medically-induced comas, the diet was administered through a feeding tube and consisted of a nutrient liquid that was four parts fat to one part carbohydrates and protein. The diet was administered for 72 hours before the patients were awoken from their comas—if the seizures had ceased, they continued the diet for several more days until they could eat normally and were then switched to another low-carb, high-fat diet that was easier to follow. The ketogenic diet speeds up the body’s metabolism of fats, which effects the excitability of nerve cells found in the brain.

Eleven-to-fifteen patients were reviewed after six months, with four still consuming the modified low-carbohydrate, high-fat diet; two remained seizure-free and stopped the diet; two found their seizures reduced by 50 percent; one experienced a single seizure; and two had ongoing seizures.

These results show that the ketogenic diet has proven to be effective for some patients, but the team has cautioned that more research is necessary before a ketogenic diet can be widely implemented as treatment for patients with severe epilepsy.

Related: Reversing impaired kidney function in diabetics may be possible with ketogenic diet