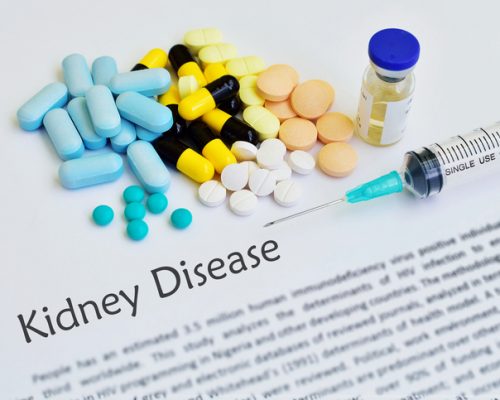 The researchers studied mice that were genetically predisposed to have type 1 or type 2 diabetes. The mice went on to develop diabetic kidney damage. Half of the mice were put on the ketogenic diet and the other half served as controls. After eight weeks, molecular indicators of kidney damage were reversed in the mice on the ketogenic diet, along with kidney pathology in mice with type 2 diabetes.

Researcher Charles Mobbs said, “Our study is the first to show that a dietary intervention alone is enough to reverse this serious complication of diabetes. This finding has significant implications for the tens of thousands of Americans diagnosed with diabetic kidney failure, and possibly other complications, each year.”

The ketogenic diet has also been found to be successful in controlling seizures in epileptic children. Many cells in the body obtain their energy from ketones, which are produced when glucose levels are low and blood fat levels are high. High glucose in diabetes has been suspected to lead to kidney damage, so the ketogenic style of eating blocks the toxic effects of glucose. Unfortunately, the diet is pretty extreme, so it is not a long-term solution for adults. Still, the researchers suggest that even a limited exposure to the diet may be enough to reset gene expression and pathological processes associated with kidney failure.

Dr. Mobbs concluded, “Knowing how the ketogenic diet reverses nephropathy will help us identify a drug target and subsequent pharmacological interventions that mimic the effect of the diet. We look forward to studying this promising development further.”

Chronic kidney disease has long been associated with diabetes, but a recent study has uncovered a novel link between the two conditions. The researchers found that when kidneys fail, the buildup of urea in the blood can lead to diabetes.

Principal investigator Dr. Vincent Poitout said, “We identified molecular mechanisms that may be responsible for increased blood glucose levels in patients with non-diabetic chronic kidney disease. Our observations in mice and in human samples show that the disease can cause secondary diabetes.”

Chronic kidney disease is the irreversible loss of kidney function, which means the kidneys can no longer filter waste and toxins in the blood. Eventually, patients must undergo dialysis or get a kidney transplant.

“In patients with chronic renal failure, the kidneys are no longer able to eliminate toxins. Urea is part of this cocktail of waste that accumulates in the blood. In nephrology textbooks, urea is presented as a harmless product. This study demonstrates the opposite, that urea is directly responsible for impaired insulin secretion in chronic kidney disease,” Koppe continued.

Dr. Poitout explained, “The function of this protein is altered by an increase in blood urea, which occurs in chronic kidney disease. Increased urea causes impaired insulin secretion from the pancreatic beta cells. This creates oxidative stress and excessive glycosylation of phosphofructokinase 1, which causes an imbalance of blood glucose and may progress to diabetes.”

The study highlights the importance of keeping in mind this reverse effect that kidney disease can have on the onset of diabetes.