Home » General Health » Is Life Getting In The Way Of Your Sex Life? 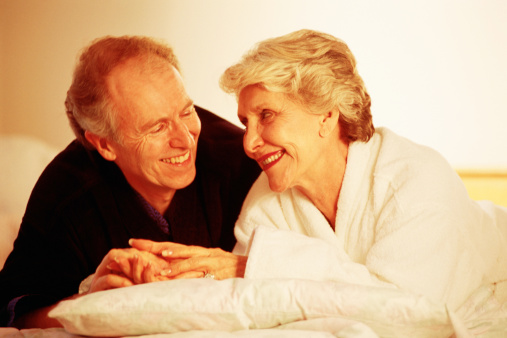 Who has time for sex, anyway?

Work stress, money woes and even social media may have a negative effect on your sexual health, new research shows.

The National Survey of Sexual Attitudes and Lifestyles, a British poll that is conducted once a decade, looked at one of our most popular passions – sex – if only we could make time for it, that is.

The survey, conducted by NatCen Social Research and analyzed by researchers at University College London and the London School of Hygiene, revealed various findings regarding the sexual health of Brits with one clear standout: Men and women are having sex less frequently than in previous years.

As for sexual partners, women under the age of 44 had an average of 7.7 sexual partners throughout their life while men in the same age group had 11.7 partners. Since the previous survey, people have become more tolerant of same-sex relationships and less tolerant of cheating partners.

Other key findings: One in six pregnancies in the UK is unplanned and 3.6 percent of men had paid for sex within the previous five years.

The researchers say modern life is taking its toll on sexual health: people worry about money and jobs, and are not in the mood for sex.  They also point a finger at modern technology as sabotaging libido, including smart phones and tablets. People are taking these devices into the bedroom; they are using social media and answering emails and text messages while in bed, which may negatively affect sexual health. Not too romantic, is it?

Clearly, we need to focus on improving sexual health in order to maintain healthy relationships. Here, some tips to add some spice and enjoy a full and meaningful sex life:

*Learn to de-stress. Learn to manage and cope with your stress. Try yoga, meditation and deep breathing exercises and engage in regular exercise or seeking professional help if needed.

*Make time for sex. You may be busy, but make time for your significant other; sex should be a priority in your relationship.

*Try new things. Over time, things can get boring in the bedroom. Make an effort to try something new to shake up the routine for more excitement.

*Get to know yourself. Learn what you like and don’t like in bed and share this with your partner. Sex talk should not be taboo! This will help both of you enjoy your sex life more without the confusion of trying to figure out what works and what doesn’t.

Make sex a priority and you’ll reap the benefits of better health and a better outlook.

Related Reading:Boost your libido (and have more sex) by doing more of this