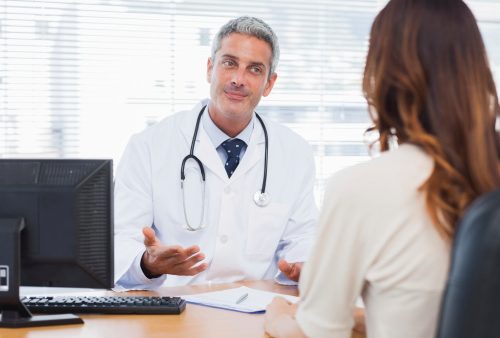 Inflammatory bowel disease (IBD) patients are sometimes misdiagnosed with irritable bowel syndrome (IBS). IBD researcher and United European Gastroenterology spokesperson Dr Michael Scharl said, “IBS has been estimated to affect at least 10 percent of the population in Europe, and it causes distressing symptoms that disrupt normal life. We have known for some time that there are similarities between symptoms of IBS and IBD, but when it comes to diagnosis and treatment, this differs greatly.”

“Misdiagnosis is understandable, as many symptoms such as diarrhea, abdominal cramping, and pain are common to both, and the specific alarm symptoms for IBD such as bloody stool, weight loss, or fever are often absent in IBD patients in the initial phase of their disease. However, increased use of fecal calprotectin testing would help doctors distinguish between inflammatory bowel diseases, such as Crohn’s disease and ulcerative colitis, and non-inflammatory bowel diseases, such as irritable bowel syndrome,” Scharl added.

IBS affects an estimated 10 percent of the European population. Misdiagnosing IBD can have serious consequences to the patient, especially in those with Crohn’s disease. Delay in diagnosis is associated with an increased risk of bowel stenosis and intestinal surgery. Increased efforts should be put forth to improve diagnosis and ensure that IBD is diagnosed properly in order to prevent the delay of treatment and possible complications.

To properly diagnose IBS or IBD, patients must undergo an endoscopy or colonoscopy, but many patients fear these procedures and are reluctant to get tested. There may be an alternative route, though: a diagnostic biomarker fecal lactoferrin, which is more cost effective and less scary for patients.

Researchers conducted a meta-analysis of 1,012 patients from seven different studies to identify the utility of fecal lactoferrin as a biomarker in discriminating IBD from IBS.

Using fecal lactoferrin resulted in a sensitivity of 0.78 and specificity of 0.94. There was a positive likelihood ratio of 12.31, a negative likelihood of 0.23, and a diagnostic odds ratio of 52.65. Area under the curve was 0.94.

The researchers determined that fecal lactoferrin is a reliable diagnostic method for distinguishing IBD from IBS. Accurate diagnosis is highly important, as the two conditions involve different treatment methods and take very different courses. Early intervention in IBD is necessary to effectively reduce the risk of complications associated with the disease.