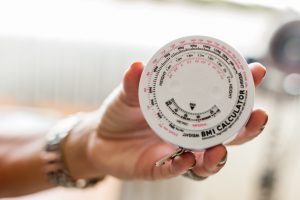 In China, it’s been predicted that the incidence of obesity will triple in men and double in women in the coming 15 years. The rates of obesity in 2010 was 4 percent for men and 5.2 percent for women. Around 25 percent of the Chinese population also suffer from hypertension or high blood pressure. It is estimated that only 4 percent of patients diagnosed with the condition have it under control.

An ongoing study has released some of its findings so far to reveal a correlation between body mass index (BMI) and high blood pressure. The scientists suggest that when BMI rises, so does blood pressure. The study is currently being done in China on 1.7 million male and female participants. These findings are part of the larger China Patient-Centered Evaluative Assessment of Cardiac Events (PEACE) Million Persons Project, which has included 220,000 subgroups or more based on age, sex, race, ethnicity, geography, and occupation.

“The enormous size of the dataset – the result of an unprecedented effort in China – allows us to characterize this relationship between BMI and blood pressure across tens of thousands of subgroups, which simply would not be possible in a smaller study,” said George Linderman, one of the study’s authors.

On Average, All Participants Suffering from Stage 1 Hypertension

The participants for the study are aged between 35 and 80. The researchers measured the participants’ blood pressure from 2014 to 2017 and noted whether they were or had ever been treated with antihypertensive medications (used to lower blood pressure). The average systolic blood pressure measurement was 136.5, which by American regulations already qualifies as a stage 1 hypertension diagnosis. The population had an average BMI of 24.7.

The researchers noted that for each unit increase of BMI, blood pressure also increased between 0.8 and 1.7 mm Hg. These results were found only in participants who were not currently being treated for hypertension with antihypertensive medications. Other than the use of hypertension drugs, the correlation between BMI and high blood pressure was found across the majority of the subgroups accounted for in the study, placing an even higher significance on the findings that antihypertensive medication can combat this relationship.

“If trends in overweight and obesity continue in China, the implication of our study is that hypertension, already a major risk factor, is likely to become even more important,” said Harlan Krumholz, the study’s lead author. “This paper is ringing the bell that the time is now to focus on these risk factors.”

The researchers offer several methods that the country could employ to try and combat this rising concern in its healthcare system. Prescribing antihypertensive medications is one of their suggestions. Previous research has noted that the frequency of use of these drugs is much lower in China when compared to the United States, where they are used much more liberally to treat hypertension.

The study authors point to these results to say that more frequent prescriptions may help to lower rates of hypertension and slow the dangerous pattern of obesity in the Chinese population.