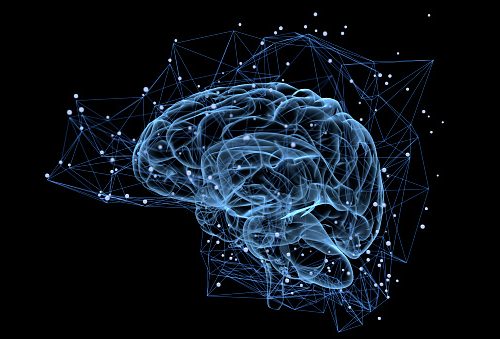 In multiple sclerosis (MS), brain damage may be repaired by blocking a certain brain enzyme. Coming from researchers at Oregon Health & Science University, the findings might have large implications not only for multiple sclerosis, but also for premature birth complications and other disorders.

The study was led by Larry Sherman who explained, “What this means is that we have identified a whole new target for drugs that might promote repair of the damaged brain in any disorder in which demyelination occurs. Any kind of therapy that can promote remyelination could be an absolute life-changer for the millions of people suffering from MS and other related disorders.”

Sherman’s previous research found a sugar molecule that accumulates in damaged areas of the brain. The findings suggested that this molecule prevented remyelination by stopping the cells that form myelin from differentiating in areas of brain damage.

The new study shows that this same molecule, known as hyaluronic acid, does not prevent the differentiation of myelin-forming cells on its own, but rather what’s contributing to remyelination failure are the breakdown products generated by a specific enzyme that chews up hyaluronic acid.

This enzyme has been shown to be highly elevated in the brain lesions in multiple sclerosis patients and in the nervous system of animals with multiple sclerosis-like diseases. The researchers found that by blocking hyaluronidase activity, they could promote myelin-forming cell differentiation and remyelination in the mice with the MS-like disease. Furthermore, the drug that blocked hyaluronidase also helped improve nerve cell function.

Further research will try and create a drug to target this enzyme. Sherman added, “The drugs we used in this study could not be used to treat patients because of the serious side effects they might cause. If we can block the specific enzyme that is contributing to remyelination failure in the nervous system, it would likely cause few, if any, side effects.”

Sherman did caution that the discovery does not constitute a cure for multiple sclerosis, and there are many other factors contributing to multiple sclerosis that also need to be targeted to be able to cure MS. Sherman did say that blocking the enzyme, “could at the very least lead to new ways to promote the repair of brain and spinal cord damage, either by targeting this enzyme alone or by inhibiting the enzyme in conjunction with other therapies.”

Cognitive changes associated with multiple sclerosis are linked to a decreased connectivity between brain regions. The researchers found that multiple sclerosis patients have weaker brain connections between the dorsolateral prefrontal cortex and posterior brain regions, compared to healthy individuals. This lack of communication interrupts the brain parts that are responsible for executing goal-directed thought and action, as well as the regions responsible for carrying out tasks related to cognitive speed such as visual processing, motor execution, and object recognition. The researchers believe this loss of connectivity is most likely a result of diminished white matter.

Principal investigator Bart Rypma said, “Our study is the first to really zero in on the physiology of cognitive speed, the central cognitive deficit in MS While white matter is essential to efficient network communication, white matter degradation is symptomatic of MS. This study really highlights how tightly coupled connectivity is to performance and illuminates the larger, emerging picture of white matter’s importance in human cognitive performance.”

Lead author Nicholas Hubbard added, “These findings reveal a diffuse pattern of disconnectivity with executive areas of the brain. Importantly, these decreases in connectivity predicted MS-related cognitive slowing both in and out of the fMRI environment suggesting that these results were not specific to our task, but rather were able to generalize to other situations where cognitive speed is required.”

The findings support the greater need for more therapies that target white matter in the brain.

Multiple sclerosis may double early mortality risk for younger patients, compared to individuals without multiple sclerosis (MS). Research has found that the risk of early mortality for younger MS patients is 59 percent greater than those without the condition. Study author Dr. Ruth Ann Marrie said, “Despite studies that show MS survival may be improving over time, more than 2.3 million people affected worldwide by this disabling disease still face a risk of dying earlier, specifically those who are diagnosed younger.” Continue reading…