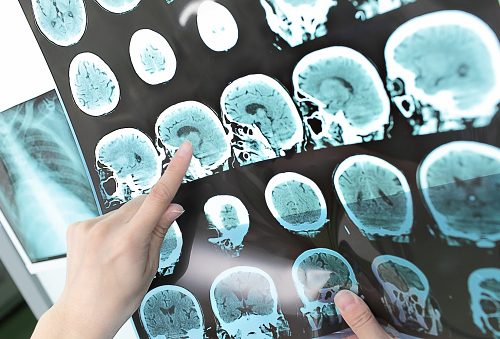 Multiple sclerosis may double early mortality risk for younger patients, compared to individuals without multiple sclerosis (MS). Research has found that the risk of early mortality for younger MS patients is 59 percent greater than those without the condition. Study author Dr. Ruth Ann Marrie said, “Despite studies that show MS survival may be improving over time, more than 2.3 million people affected worldwide by this disabling disease still face a risk of dying earlier, specifically those who are diagnosed younger.”

Marrie concluded, “Treating other conditions better may be a way of improving survival.”

Senior investigator Dr. Eric Verdin said, “We are very excited about these findings. In light of the significant effect the treatment had on inflammation, the implications of these results will likely extend beyond multiple sclerosis to other types of autoimmune disorders. We are particularly interested in testing this in type 1 diabetes, given the similar pathways involved, and we are already seeing very promising results in preliminary experiments.”

A balance between two different types of cells is required to have a proper functioning immune system, these cells are T helper cells (Th17), which activate the immune system, protecting against infections and cancers, and regulatory T cells (Tregs) that suppress the system, keeping it in check. The imbalance between the two, with excess of Th17 cells and insufficient Tregs, can result in a hyperactive immune system, which can trigger inflammation and an autoimmune disease.

The researchers discovered that sirtuin 1 (SIRT1) is involved in the production of Th17 cells. By blocking this protein, the researchers could protect against the onset of autoimmunity.

The researchers used mice models of multiple sclerosis and treated them with a drug that inhibits SIRT1. The mice that received the drug acted completely normal and did not experience any severe motor problems commonly seen in mice with MS.

First author Hyungwook Lim concluded, “The conventional theory has been that you should activate SIRT1 to improve health and longevity, but we show that this can have negative consequences. Instead, we think the role of SIRT1 very much depends on the type of tissue being targeted. For instance, in immune cells, instead of being anti-inflammatory, SIRT1 appears to have a pro-inflammatory role, which makes it a prime target to treat autoimmune disorders.”

Researchers from the Montreal Neurological Institute and Hospital of McGill University have found that the often overlooked B cells may play a larger than expected role in multiple sclerosis (MS), which could shed light on better treatment. Current beliefs suggest that multiple sclerosis is controlled by T cells that attack the myelin. Continue reading…

A key multiple sclerosis itching symptom (pruritus) can cause burning pain. Pruritus is part of the abnormal sensations experienced in multiple sclerosis (MS) which can feel like pains and needles, burning, stabbing, or tearing pain. This type of pain is neurological in origin. Continue reading…