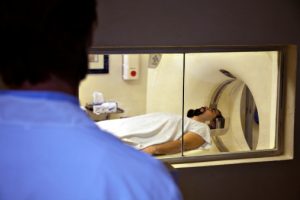 Current multiple sclerosis treatments target the immune system in order to reduce inflammation in the brain. Unfortunately, the increasing strength of the medications weakens patients’ immune system, making them more susceptible to side effects and other illnesses. For the current study, the researchers examined the enzyme called granzyme B in cytotoxic cells as a possible therapeutic target to combat inflammation without significant suppression of the immune system.

Cytotoxic cells are used in the body to help fight off infection and kill virus-infected cells. But in multiple sclerosis, they are redirected against the host. Granzyme B damages nerve cells and other areas in the brain, but the researchers found that suppressing granzyme B with serpina3n – a newly discovered inhibitor – could significantly reduce the progression of multiple sclerosis in human cells and preclinical models.

Senior author Fabrizio Giuliani said, “We can interfere with some of the weapons these cytotoxic cells use to induce damage to the nerve cells in the brain, but without disrupting the other positive functions that these cells have. This molecule, serpina3n, will block the damage caused by granzyme B that induces the neurodegeneration in this disease, and the neurodegeneration strongly correlates with the disability.”

The researchers found that the body’s inflammatory response was minimally affected when granzyme B was targeted. By interfering in the early stages of inflammation in the brain in MS patients, progression of the disease can be reduced and slowed down.

Coauthor Chris Bleackley, who previously discovered granzyme B, added, “The results of this study are very exciting and quite unexpected. They are a great example of how basic research can have surprising and beneficial applications in the treatment of human diseases.”

Giuliani concluded, “The importance of this is that you can see where it’s leading. You can see almost an immediate target. This could eventually open the door to a new stream of treatments. If we can induce neuroprotection, there is a good possibility we can decrease the rate of disability that is associated with inflammation in the brain. If it works as we think, this will make an impact on the treatment of MS patients.”

Study lead Dr. Nikos Evangelou said, “We already knew that large research MRI scanners could detect the proportion of lesions with a vein in the brain’s white matter, but these scanners are not clinically available. So we wanted to find out whether a single brain scan in an NHS hospital scanner could also be effective in distinguishing between patients known to have MS and patients known to have non-MS brain lesions. We are excited to reveal that our results show that clinical application of this technique could supplement existing diagnostic methods for MS.”

A key multiple sclerosis itching symptom (pruritus) can cause burning pain. Pruritus is part of the abnormal sensations experienced in multiple sclerosis (MS) which can feel like pains and needles, burning, stabbing, or tearing pain. This type of pain is neurological in origin. Continue reading…

Multiple sclerosis spasticity causes involuntary muscle spasms and muscle stiffness. Spasticity can be mild or it can be quite severe ranging from the feeling of tightness to severe pain and uncontrollable spasms. Continue reading…