Home » Anti-Aging » Memory » Improve your memory with this… 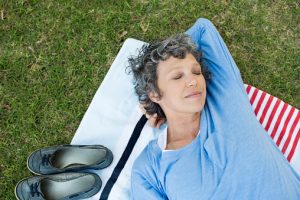 Having difficulty recalling names, where you put your keys, or even what groceries you need to buy? From time to time, it happens to all of us. But if your lapses in memory are taking a toll on your day-to-day life, then you may want to try one of these two simple tricks to help give your memory a boost.

Take a nap or exercise for an instant memory boost

New research, published in the journal Current Biology, suggests that taking a nap or exercising can help you boost your memory. Researchers found exercising four hours after learning something can help you better memorize and recall the new information. The findings tie in with the earlier evidence that regular exercise in general can help improve cognitive function.

Study coauthor  Guillén Fernández said, “…[I]t might lead to additional studies optimizing the delay and intensity of post-learning exercise to achieve best study success, which might be relevant for education.”

The study supports the notion that children should partake in after-school activities as a means to retain information. But this trick isn’t just for children, adults can very well benefit from it, too.

Two days later, the participants completed a test assessing how well they remembered the images. During the test, they were hooked up to MRI scans. The researchers found, exercising immediately after learning had no effect on memory, but a workout session at least four hours after led to a 10 percent increase in memory recollection.

Furthermore, those who exercised later on had greater activity in their hippocampus, the area of the brain responsible for learning and memory.
In a separate study, researchers found an alternative trick for those who do not like to move around – napping. Sara Mednick, a professor of psychology at the University of California, explained, “Sleep helps transform short-term memories into long-term memories by helping make stronger connections between these new experiences and our old memories, that allows the new experiences to be integrated with our general knowledge and understanding of the world.”

For the study, 81 men and women completed word problems in the morning and were also “primed” with unrelated words during a separate exercise. After completing the tasks, 60 participants took a 90-minute nap, while the others watched a video. Heart rate was tracked in napping participants during the rapid eye movement phase to assess the involvement of the autonomic nervous system responsible for the heartbeat.

Both studies reinforce the importance of regular exercise and sleep, and offer new ways to improve the memory. So, the next time you need to remember something, go for a stroll or take a 90-minute nap!