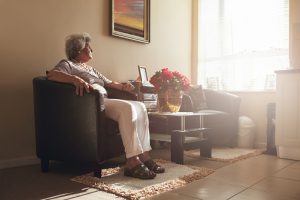 If you’ve been following the news, it’s been suggested that sitting for a prolonged period of time is as bad for you as smoking. There have been numerous warnings against prolonged sitting, as it can increase the risk of illness and disease along with shortening a person’s life. Unfortunately, many of us are living a sedentary life whether it be because of our occupations, disabilities, or old age. The truth of the matter is that we are all sitting way too much and it’s slowly killing us.

So, what can we do to add years to our lives and maintain muscle mass? Finnish researchers conducted one of the largest studies of its kind to determine whether reducing sitting time could extend a person’s life along with making them stronger.

The study focused on 133 office workers who had young children. The participants were randomized into two groups that provided tailored counseling to discuss strategies to reduce sitting at work and leisure time. The participants set themselves personal goals that they could achieve with their families.

All participants were deemed sedentary at baseline. After counseling, sedentary time was reduced 21 minutes. Even after a year, the intervention sedentary group still reduced their sitting by eight minutes. Women were more likely to increase activity and leisure time compared to men.


Over the years, several health biomarkers were monitored. The researchers found the intervention group’s fasting glucose decreased slightly, cholesterol transport capacity improved, and leg muscle mass was maintained while the sedentary group had a decrease in leg muscle mass.

First author Arto Pesola explained, “This study shows that it is possible to reduce the sedentary time of people in a busy phase of life. Even though the effect of tailored counseling diluted during the year, the intervention was effective in preventing an increase in sitting. This is important, because sedentary time tends to increase while we age.”

Other studies have found that prolonged sitting is associated with a higher risk of diabetes, heart disease, and early death. The current study reveals the impact of reducing sitting time can have on a person’s health. Once again, here is more evidence that supports that we need to be sitting less and moving more so.