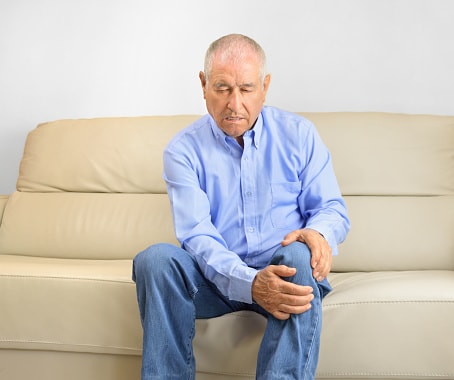 Our body is connected in several different ways, so it shouldn’t be that surprising that your gut health could impact your joint pain. It is well known that obesity is linked to osteoarthritis — a type of arthritis categorized by “wear-and-tear” of the joints and cartilage.

Osteoarthritis affects an estimated 31 million people and it’s the leading cause of disability worldwide. There is currently no cure for osteoarthritis, but your doctor can offer recommendations to ease pain and prevent further wear and tear.

A person who carries extra weight because they are overweight or obese puts added strain on joints, which can speed up osteoarthritis and worsen joint pain.

A recent study brings the link between osteoarthritis and obesity one step closer by suggesting that gut bacteria could play an important part. The researchers at the University of Rochester Medical Center conducted tests in order to better understand this link.

The researchers first began fattening up mice by feeding them a high-fat diet for 12 weeks. At this point, the mice became diabetic and obese and their body fat percentage doubled. Bacteria residents of the mice colons were then assessed.

They conducted the same test for the second phase of their study, but this time, while fattening up the mice, they included a probiotic into their diet. That minor change was enough to reduce pro-inflammatory bacteria and promote healthy bacteria.

Furthermore, the inflammation of the joints was reduced and cartilage in the obese mice remained similar to the control mice. The introduction of the prebiotic also reduced diabetes symptoms, but it didn’t affect the amount of weight the mice gained.

Researcher Robert Mooney explained, “That reinforces the idea that osteoarthritis is another secondary complication of obesity — just like diabetes, heart disease, and stroke, which all have inflammation as part of their cause.”

The results show promise as a means of reducing arthritis, but the study was conducted on mice, which are quite different than humans. Therefore, additional research is required to confirm findings among humans. In the meantime, it’s advised that you lose weight if you are overweight and maintain a healthy weight so you don’t put added stress on your joints.