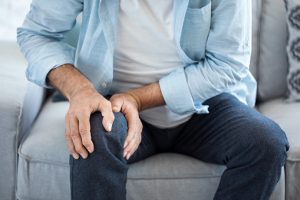 Osteoarthritis is a degenerated joint disease that is usually linked with age. It is a type of arthritis that results in the gradual wearing-down of cartilage between joints. Since this cartilage acts like a cushion, its deterioration causes the bones to come in contact with each other, causing excruciating pain and affecting mobility. While there is no known cure, surgical options such as knee and hip replacements provide relief when the condition becomes debilitating. However, a new study claims to have found a way to prevent and treat the condition.

The key lies in a protein called FoxO, with its deficiency being linked to osteoarthritis

Dr. Lotz and his team at The Scripps Research Institute (TSRI) in San Diego, California studied the joints of mice. They discovered that a protein called FoxO presents less in the cartilage of unhealthy joints.

Researchers observed that the joints of mice that were deficient in FoxO degenerated much earlier than those of other mice. In addition, the joint cartilage of these mice was damaged significantly during a treadmill test. FoxO deficient mice also showed a greater tendency to develop post-traumatic osteoarthritis following a knee injury.

Further examination revealed that mice with less FoxO had several abnormalities. These include abnormalities in what Lotz describes as housekeeping mechanisms, such as:

FoxO and its role in preventing osteoarthritis

If FoxO deficiency can cause joint problems, it is clear that the protein is essential for joint health. A sufficient amount would not only help cells repair themselves, but also protect them from inflammation.

Increasing FoxO levels in people suffering from osteoarthritis would help to suppress genes that cause abnormalities in autophagy, inflammation, and lubricin production. Dr. Lotz’s team is now researching a drug that can be used to raise levels of FoxO to study their impact. Researchers believe that the cure for osteoarthritis may lie in such a drug.

Osteoarthritis is one of the most common age-related diseases in the United States, and an estimated number of 30 million Americans suffer from this disease. This new study brings hope to this segment of the population, as researchers believe that FoxO levels, if boosted, would prevent cell damage due to aging. The drug developed for the same may not only be helpful in treating the disease, but could also prevent the development of the condition.

A healthy diet can slow down osteoarthritis