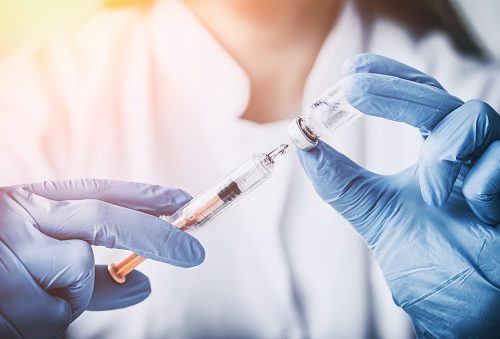 Spring cleaning often means clearing out the old and bringing in the new. We clean out the entire house to make it feel renewed for the year ahead. Perhaps this philosophy can be applied to the human body as well, as new research suggests that clearing out old cells may actually be beneficial for our joint health.

This statement stems from preclinical data collected from studies involving mice and human cells, which found that removing senescent cells from joints could stop and even reverse the progression of osteoarthritis by creating an environment for new cartilage to grow and repair joints.

Senescent cells are a normal part of aging and are the process where previously normal cells stop dividing. The cessation is thought to be the result of telomere shortening that ultimately triggers a DNA damage response. Despite senescent cells inability to divide, they are still metabolically active and have the ability to secrete important signals that call on immune cells and other immune response components, inevitably damaging tissue.

Age-related diseases such as osteoarthritis may be in part caused by senescent cell accumulation in tissues, as they participate in wound healing and injury repair. However, joints such as the knee often retain senescent cells after an injury for prolonged periods of time. This increases the likelihood of complications, which can spark the development of osteoarthritis.

To make this claim, the researchers took young mice and performed surgery on them to mimic knee injuries. They then injected an experimental drug named UBX0101—known to destroy senescent cells—into the joints of the injured mice after 14 days, when degradation was already starting. What they observed was the number of senescent cells reducing by roughly 50 percent, and that genes associated with reparative cartilage growth became activated shortly after the treatment. Experiments in older mice showed some key differences, however, as they had thinner cartilage and increased pain levels. After treatment with the experimental drug, the old mice exhibited reduced pain but did not show signs of cartilage regeneration.

To further test UBX0101, human cartilage cells were taken from donors with clinically severe osteoarthritis and were used to test the drug in cultures. After exposure to the treatment for four days, the researchers observed that the number of senescent cells dramatically reduced, and new cartilage formed as well.
“What was most striking about the results in human tissue is the fact that removal of senescent cells had a profound effect on tissue from very advanced osteoarthritis patients, suggesting that even patients with advanced disease could benefit,” says Elisseeff.

While the researchers view the study and the use of UBX0101 as promising, the drug only remains in the joint for a short time. However, the makers of the drug are working on a single-injection formulation, and they are hopeful that one day it may offer server osteoarthritis patients a one-dose treatment for the disability.

Lower your risk of osteoarthritis with this one thing