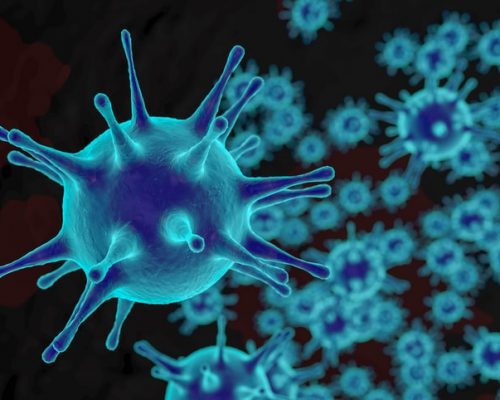 Inflammatory bowel disease (IBD) affects millions of people around the world who suffer from any one of the conditions covered by this umbrella term. The exact causes of the different conditions are still unclear, but they are all characterized by inflammation in the bowels and diarrhea. Current studies being done on IBD are focusing on identifying underlying factors that can lead to an increased risk of the condition as well as how to prevent it.

New research performed in Australia has found information in the immune system that links gut bacteria with the development of inflammatory bowel disease. They believe that the immune system helps to maintain healthy levels of “good” bacteria in the gut to prevent the build-up of bad bacteria that cause diseases.

They found a link between the presence of a particular protein in the immune system and the balance of bacteria in the gut flora. The NLRP1 protein acts as a sensor for infection, and when it is present, the researchers noted that they also found lower levels of the good bacteria and anti-inflammatory molecules in the make-up of the flora in the gut. This is a recipe for the development of inflammatory bowel disease.

“We have uncovered the immune system’s ability to regulate good gut bacteria through the immune sensor NLRP1,” said Seth Masters, one of the lead researchers on the study. “Good bacteria are important because they help to produce butyrate – a molecule that dampens inflammation in the body. So, understanding how the balance of good bacteria is maintained could one day help to inform preventions and treatments for inflammatory diseases like IBD.”

The researchers used donated bowel biopsies from patients suffering from IBD to analyze the proteins and molecules found within. They were able to genetically modify some of the samples to remove the presence of NLRP1 from the tissue. In those samples, they found that inflammation decreased. The researchers explained that an excess of NLRP1 results in increased levels of a molecule used for signaling the need for an immune response called IL-18.

When the immune system receives a signal like the one from IL-18, it responds by “attacking” the bacteria found in that area, which results in inflammation of the tissues. The environmental triggers for the production of NLRP1 are still unknown and will be the focus of future research.

“Following on from the clues in our study, it may be possible to develop a drug that inhibits IL-18 or targets NLRP1 to block any unchecked inflammation,” concluded Masters. “It’s all about helping the immune system keep up the balancing act between all the factors that are constantly interacting to fight disease and promote wellbeing. By stopping overproduction of NLRP1 or IL-18 in patients with IBD we may be able to boost the number of good bacteria and anti-inflammatory properties in the gut and help to prevent or fight the damaging effects of too much inflammation.”