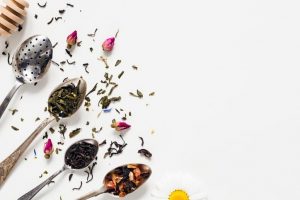 Fast food, food allergies, and other digestive issues can wreak havoc with our stomachs, but many people have discovered teas for upset stomach that provide relief. These can be a quick fix to address discomfort until the root cause of the stomach ache can be determined.

There are a number of different teas that seem to have the ability to help settle an upset stomach. Sometimes, you will even see tea for upset stomach labeled as such in health food stores. Some of the best teas for upset stomachs include sweet and floral flavors or pungent and sharp notes.

Here we outline tea that’s good for relieving upset stomachs. It can calm the tummy and, in some cases, curb mild pain.

The following teas have different characteristics but are all considered good teas for upset stomach relief.

Ginger tea for upset stomach is actually a common approach. It has been used for thousands of years as a remedy for nausea and digestive problems. People often turn to ginger ale when they have an upset stomach, but ginger tea has higher concentrations of compounds that can soothe the digestive system. Ginger is often used for motion sickness caused by planes or boats. One cup of ginger tea contains about 250 milligrams of ginger. Usually, two to four cups of ginger tea can help with nausea.

It can take time to acquire a taste for licorice tea; however, licorice root is known to soothe the stomach as well as repair stomach lining. A study published in Phytotherapy Research outlined how licorice root can inhibit the growth of the bacteria H. pylori. Licorice tea has anti-inflammatory properties.

Some research suggests that taking antacids and licorice without glycyrrhizin may also help fight stomach ulcers. Glycyrrhizin is a sweet-tasting agent often found in licorice root. You can add one of two grams of licorice root to boiling water and drink three times each day before every meal. After a week, licorice tea consumption should be avoided for two or three weeks before drinking it again. This will help avoid side effects such as heartaches.

This tea is made from the buds of the chamomile flower. Chamomile tea for upset stomach is also quite common. It has properties that reduce feelings of gas and bloating. The tea also has anti-inflammatory properties that can sooth conditions such as irritable bowel syndrome. A 2006 scientific review suggested that chamomile tea could lower gastric acid, which leads to acid reflux.

Furthermore, an extensive review of chamomile for medicinal purposes that included researchers from University Hospital, Case Western Center in Cleveland was conducted back in 2010. It concluded that chamomile contains extracts that are especially helpful against gastric ulcers. The review showed that the extracts not only lowered gastric acidity as well as commercial antacids, but that it was also more helpful for preventing secondary hyperacidity.

Peppermint tea for upset stomach has been part of alternative medicine for a very long time. It is believed that the leaves help lessen pain from menstrual cramps. In fact, peppermint has been shown to inhibit pain receptors coming from the colon.

Peppermint can grow quickly in many different climates. You can simply harvest a few leaves, add them to a tea ball, and combine it in a tea mug with water. It is important to keep in mind that when the digestive problem is higher in the digestive tract, peppermint isn’t a good choice. For instance, if you have heartburn or GERD, the peppermint can actually make it worse.

This tea is made from the Ocimum tenufloruom plant and is known as tulsi tea. It is not made from the type of basil you see on a pizza. Holy basil tea can decrease stomach acid and extend the life of mucus cells that protect the body from disease. Studies show this tea can be helpful when it comes to stomach ulcers. You can brew this tea using two to three teaspoons of holy basil leaves per eight-ounce cup. Allow the leaves to steep for five to six minutes before straining and consuming.

Made from fennel seeds, research has indicated that the seeds in fennel tea can help stimulate the flow of gastric juices and reduce pain due to its antispasmodic and carminative properties. The use of fennel tea is common in Chinese medicine, especially for treating gastroenteritis and indigestion. Scientists suspect fennel tea reduces gas and bloating, which lead to stomach pain.

According to a study in the European Journal of Pharmacology, drinking green tea on a regular basis is one way to prevent gastrointestinal disorders from occurring. Research shows that green tea increases metabolism, stimulates gastric juices to help break down food, and can help alleviate colitis and chronic gastritis. Green tea contains catchins that can help reduce inflammation and pain. Drinking two to three cups a day could improve digestion.

This tea has tannins in it that have an astringent impact on intestinal lining. For instance, intestinal lining becomes inflamed when someone suffers from diarrhea, but black tea can reduce this inflammation. It has naturally occurring caffeine, so you have to be careful about how much you drink and when you drink it. Avoid drinking it just before you go to bed.

Many teas can soothe symptoms of gas, bloating, cramping, and nausea. Some are also effective in helping treat problems such as acid reflux and chronic gastritis. While the teas in the list above are generally safe to consume, if you are taking medications or have other health issues, it is wise to consult with a doctor before using tea as a home remedy. In some cases, teas such as chamomile can cause an allergic reaction. It is best to avoid teas that have a lot of caffeine and added sugar because these ingredients can further aggravate an upset stomach.