Home » General Health » If there’s someone you don’t want to listen to, it’s these doctors 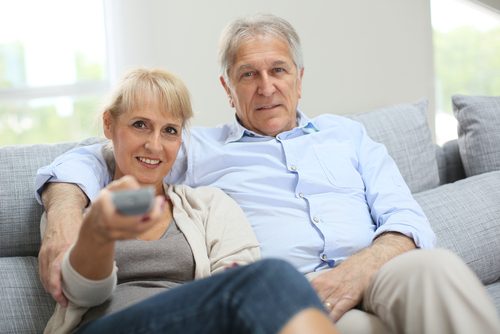 How many millions of us tune in to medical doctors on TV? The gripping real-life drama of people struggling with health problems, the new scientific discoveries, superfoods and advanced medical information explained in simple terms by earnest MDs.

Here they are, larger than life on your living room plasma screen, giving you advice, evidence and experts in front of a live audience. These personalities are like your own personal health care practitioner, all you have to do is get comfortable and sit back with a snack or beverage. It’s an appealing way to get all your health news and information.

After all, these shows are far more interesting than reading a health clinic handout on steps to take for your pressing concern – and you never know what fascinating new tidbit might be revealed (after the appropriate commercial break for cereal or cleaning supplies).

But is it real? Is the information accurate? Should you really believe what you’re told by the TV doc? That’s a good question.

TV doctors under the microscope

I’ll admit that I was hooked on “doctor” Gillian McKeith, a Scottish nutritionist, author and former host of the show, You Are What You Eat, for a good year. It turned out that her doctoral degree came from a non-accredited American college, but she certainly sounded as though she knew what she was talking about.

In the show, she would analyze a failing person’s stool, pointing out deficiencies. Then she’d overhaul their poor diet and put them through her own regime of juicing and made-from-scratch meals so they could undo their unhealthy habits, shed some pounds, and get their life sorted out in eight weeks. If they got off-track, she’d move into their house herself to bring them in line.

It all made sense to me, and she was a wiry bundle of commanding energy. Plus, I love a good makeover. She got results! People felt and looked better, healthier and happier! Then critics of her methods and credentials took a toll and she’s faded from the spotlight.

Could the same fate hold true for some of our current TV-land favorites?

Canadian researchers from the University of Alberta and University of British Columbia decided to make a formal study of popular television talk shows with medical professionals. The study was published in The BMJ in December and results show you need to take off your rose-colored glasses when it comes to TV medicine.

There’s a reason why popular medical TV talk shows are frequently criticized by medical professionals. There are concerns about the quality, accuracy and completeness of the medical information conveyed. This study is the first to take a systematic approach to find out why.

Researchers discovered that recommendations often lack information on specific benefits, the magnitude of benefits, and harms. Also, they don’t give you all the information you need for informed decision-making.

Would you try a new treatment or prescription from your doctor without discussing the side effects or possible interactions with your current medication? No, you wouldn’t. But here we are listening to the well-meaning advice of TV doctors and taking it all on blind faith.

The researchers set out to determine the type of recommendations and claims that were being made, and then evaluate the evidence behind them. No less than 40 episodes from 2013 of two internationally-syndicated top shows were reviewed to determine the consistency and believability of the evidence presented.

Food as medicine is a good message, but…

This makes sense to me. TV programs want to grab as large an audience as possible, so making topics that appeal to a broad group is ideal. The shows focus on essential health issues, like how to eat, relax, exercise and sleep, and how to maintain a healthy heart.

People want medical advice, for free, from a credible source, and the bright lights of a TV set can make someone look even more appealing and trustworthy. If they’re as charming and funny as comedian and host Ellen DeGeneres, even better.

People are also looking for advice they can put into practice. Everyone needs to eat! So learning about food choices and how they can help or harm your health is an accessible topic. People can make changes to their diet and eat less Kraft Dinner and Coke.

So, basically, one in every four recommendations was kind of bunk.

I’m an advocate for healthy eating and exercise, making real changes to your lifestyle and sticking with them for results and long-term health. Supplements are also a great addition to help with specific concerns. But what about miracle drinks?

It’s the other content on these shows, not rooted solidly in scientific literature, which becomes problematic: Talk of the “startling, breakthrough, radical or revolutionary” fix, like miracle drinks, meal plans, and ways to stop aging and fight fat, for example.

One episode presented a report on the dangers of genetically modified foods (GMO), saying they can damage your health and even cause cancer. Almost as soon as that GMO report was published abroad in France, it was thoroughly discredited by numerous researchers on both sides of the Atlantic.

TV is an important source of health information

There is no doubt that TV is an important source of health information for the general public. But we can’t have blind faith in those TV doctors. They’re not charlatans out to sell you snake oil, but their advice may not always be balanced by high-quality medical evidence or provide enough information to give you the full story.

Even for regular practicing doctors, only about three-quarters of what is recommended to their patients is supported by evidence, the researchers note. How can that be? New treatments and methods that come to the forefront may take years to become part of conventional medicine, proven and fully supported by numerous studies and hard evidence.

Your doctor might discuss them with you, weighing the pros and cons. Where a celebrity doctor is telling an audience of millions about treatments in well-written sound bites, your doctor makes recommendations in context, with your own personal well-being in mind. They know your personal health history and your concerns, and tailor your treatment accordingly.

I’m not saying these programs are bad for us. Anything that brings attention to our health can do a lot of good. When Americans spend an average of more than five hours a day watching TV, why not use some of that time to learn about our health?

For informed decision-making, look beyond the TV remote

Look at the messages as a starting point to do some research and talk to your own health care provider. Just as we’re always criticizing the media for misrepresenting facts or reporting on claims from unnamed “sources,” we’ve got to be skeptical about taking health recommendations from TV shows and putting them into practice ourselves.

As the researchers warn: “The public should be skeptical about recommendations on medical talk shows.”

TV doctors, in my opinion, should be criticized and held accountable. They have an incredible sphere of influence on something as fundamental as our health. Their message is broadcast to millions, researched and written by a crew of TV people, and supported by huge network ad dollars. These doctors are paid exorbitant amounts to be the doctor you turn to in your living room.

Keep all this in mind when you settle comfortably in your chair for your next appointment.