Although IBS is growing in prevalence, there is still much unknown about the disorder, so ongoing work is conducted to uncover more information. With that in mind, here are Bel Marra Health’s articles on IBS and related topics to keep you informed. 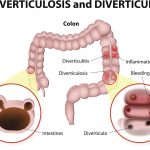 Post-diverticulitis irritable bowel syndrome (PDV-IBS) reveals that symptoms related to IBS can still be experienced after bouts of diverticulitis, but many practitioners believed these symptoms to be part of the original condition.
Senior author Dr. Brennan Spiegel said, “We’ve known for a long time that after some people develop diverticulitis, they’re a different person. They experience recurrent abdominal pains, cramping, and diarrhea that they didn’t have before. The prevailing wisdom has been that once diverticulitis is treated, it’s gone. But we’ve shown that IBS symptoms occur after the diverticulitis, and it may result from an inflammatory process like a bomb going off in the body and leaving residual damage.”

Diverticulosis is a condition in which pouches develop along the intestines, colon, and even stomach. The risk of diverticulitis increases with age, with over 50 percent of patients being over 60. Generally, the pouches do not cause any issues. The inflammation of the pouches is what is known as diverticulitis. The condition is accompanied by the abdominal pain and infection. Continue reading… 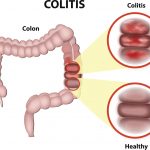 Inflammatory bowel disease (IBD) and irritable bowel syndrome (IBS) may share symptoms, but are not the same

IBS is diagnosed based on the presence of symptoms without physical abnormalities to the digestive system, whereas in IBD there are physical changes like inflammation and ulcerations, which can be found during a colonoscopy or endoscopy. Continue reading… 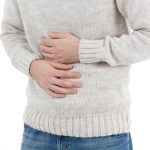 Irritable bowel syndrome (IBS) has been shown to be associated with low vitamin D levels. IBS is a gastrointestinal disorder that disrupts the function of the gastrointestinal tract, leading to discomfort and sensitivities. Although the cause of IBS is unknown, dietary factors and stress have been tied to the onset of IBS.

A research team from the University of Sheffield’s Molecular Gastroenterology Research Group have found a link between low vitamin D levels and IBS. Of 51 IBS patients involved in the study, 82 percent showed low levels of vitamin D. Additionally, when the patients reported the impact IBS had on their life, researchers saw that low vitamin D levels also reflect the patient’s perceived quality of life.

Research lead Dr. Bernard Corfe said the information is “a potential new insight into the condition and, importantly, a new way to try to manage it. IBS is a poorly understood condition that impacts severely on the quality of life of sufferers. There is no single known cause and likewise no single known cure. Clinicians and patients currently have to work together and use trial and error to manage the condition, and this may take years with no guarantee of success.” Continue reading… 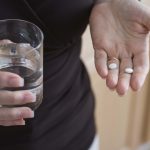 A new irritable bowel syndrome (IBS) drug offers relief from diarrhea and stomach pains, but only for some patients. Two clinical trials of the drug revealed that symptoms of IBS were relieved for up to six months.

Lead researcher Dr. Anthony Lembo said, “This drug offers another option for patients who have IBS (irritable bowel syndrome) with diarrhea who have not found relief with currently available treatment.” Continue reading… 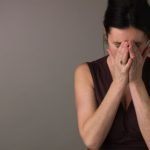 A study presented at the 22nd United European Gastroenterology Week (UEG Week 2014) in Vienna, Austria found that depression contributes to the pain processing experienced in IBS. Professor Sigrid Elsenbruch said, “Our study has shown that patients with IBS are less able to suppress pain signals in the brain coming from the bowel and that depression plays a role herein. This study confirms the complex relationship between the gut and the brain and shows that affective disorders may contribute to the development or maintenance of disturbed pain processing in IBS.”

IBS is characterized by abdominal pain, severe bloating, and altered bowel habits, and it has been observed that depression and anxiety commonly coexist alongside IBS. Prof. Elsenbruch added, “The fact that so many people with IBS have anxiety and depression has led many to speculate that IBS is primarily a psychological, not a physical, disorder. However, the condition is complex and most likely results from an interplay between psychological and biological factors. In fact, we don’t really know whether anxiety and depression result from having IBS or whether they contribute to the development or maintenance of symptoms. In many patients, both possibilities may be true at the same time.” Continue reading…