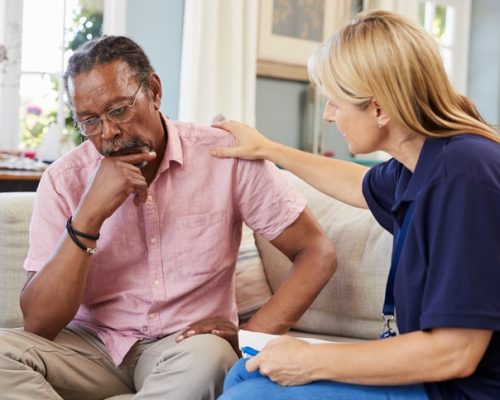 As we age, it becomes more common for us to experience disturbances in our sleep. These can take the form of insomnia, sleep inadequacy, poor sleep quality, change in sleep quantity or quality, and daytime sleepiness. While recent studies have focused on changes to sleep quality after the onset of dementia, there is little research behind the effects of sleep disturbances such as these prior to the onset of dementia.

Recently, a group of researchers set out to uncover some of the answers to the questions other studies have not addressed. First, they sought to examine sleep disturbances in both middle age and later life adults in relation to the risk of developing dementia. They also wanted to determine the role that sleep duration and sleep depth play on the risk of dementia in later life. They did this by gathering data from three prospective cohort studies: the H70 study, the Kungsholmen Project (KP), and the Cardiovascular Risk Factors, Aging, and Dementia (CAIDE) study.

A Finnish study, CAIDE, examined 1,449 individuals in mid-life and then again in later life, with an average follow up of 21 years. The H70 study studied health and health conditions in the elderly populations in Sweden. After excluding participants under a variety of criteria, 437 participants were included in the final data. The KP study examined individuals over the age of 75 in the Kungsholmen district in Sweden. Included in the study were 1,810 participants. The follow-up period was nine years for this study.

The results of examining the data from the three studies showed that markers of sleep disturbances were related to a higher incidence of dementia later in life. Sleep disturbances included midlife insomnia, terminal insomnia (waking up one to two hours earlier than intended), and long sleep duration (sleeping longer than nine hours regularly). All were found to be related to an increased risk of dementia. Reduced sleep quality or quantity was found to be unrelated to risk of developing dementia later in life.

These results show correlational relationships between several types of sleep disturbance in mid and late life and the increased risk of developing dementia later in life, but do not reveal information on the underlying mechanisms responsible for this association. Further research will be needed to understand the causational relationship between these two health conditions. The researchers behind the current study would also like to see more studies examine the differences in life stages and sensitivities to sleep disturbances in relation to risk of dementia.

The researchers also feel that these results reinforce the idea that sleep disturbances are a serious health issue that should be addressed by medical treatment. Patients demonstrating sleep disorders in middle-age to late life should also be surveyed for potential signs of developing dementia and be identified as an at-risk group. Lifestyle changes can be implemented in order to try and resolve the sleep disturbances before they become detrimental to the risk of developing dementia later in life.