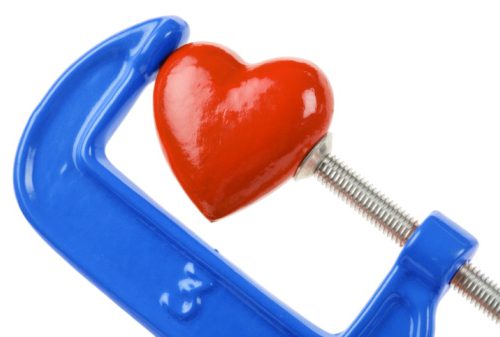 High stress activity in the brain may indicate a future risk of heart attack and stroke, according to new research. Ahmed Tawakol of Massachusetts General Hospital coauthored the recent study, which found that those with a higher level of activity in the stress center of the brain showed evidence of arterial inflammation—a leading cause of many cardiovascular events such as heart attacks and strokes.

While there is a link established between stress and heart disease, this study aimed to elaborate on how the brain’s biochemical responses to stress can increase an individual’s risk of developing cardiovascular disease. To conduct the study, PET/CT scans of a pool of 293 patients with an average age of 55 were analyzed. The patients were originally being screened for cancer and were found to have no active cancer cells. Those with any evidence of previous cancer or cardiovascular disease, or who were under the age of 30 were excluded from the study. The PET/CT scans were reviewed by radiologists who were given no prior information regarding each patient.

The radiologists grouped the patients by the level of activity found in the amygdala, which functions as the brain’s stress center. Researchers used the Framingham Risk Score to correct for age and gender, and found there was a 14 times greater risk of cardiovascular events linked to each unit increase in measured brain stress. This means that patients with higher stress levels had an increased chance of experiencing a heart attack, stroke, or even death. The five-year study found that 35 percent of patients in the high-stress group suffered one such event, while in comparison, only five percent of participants in the low-stress group had an event.

Along with arterial inflammation, the study found a link between high stress levels in the brain and the activation of bone marrow, which releases monocytes that can increase inflammation in other areas of the body. As well as providing a visual for brain activity, the PET/CT scans also allowed researchers to monitor the activity in the bone marrow and arteries to view how all three areas interacted.

In watching these interactions, they found that the activation of the amygdala, the release of monocytes from the bone marrow, and arterial inflammation together create a bodily response that can be a catalyst for cardiovascular events. Unfortunately, due to the retrospective form of the study, there was no way to examine the subjective levels of patients’ stress.


According to Tawakol, high levels of stress in the brain have been found to be as pertinent as smoking, high cholesterol, and high blood pressure in causing heart disease. In order to promote cardiovascular health, it is necessary to find ways to reduce stress in your life. More research is needed to determine whether reducing activity in the amygdala can actively prevent or reduce the frequency of cardiac events.