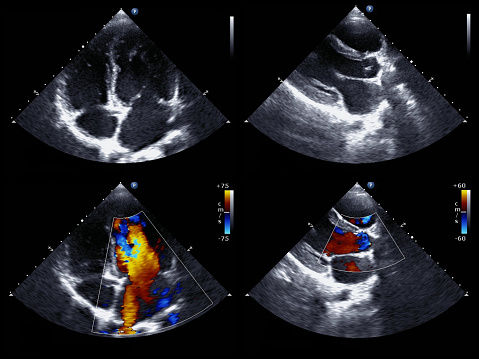 A high-fat, low-sugar diet improves diagnostic imaging of cardiac sarcoidosis. Previously, diagnosing cardiac sarcoidosis using imaging tests was challenging as the images were unclear. Researchers uncovered that having patients consume a high-fat and low-sugar diet up to 72 hours before the testing helps improve the imaging clarity, which in turn improves the accuracy of diagnosis.

Sarcoidosis is an inflammatory condition affecting various organs, lungs and lymph nodes in particular. Cardiac sarcoidosis is the second leading cause of death in sarcoidosis patients. Corresponding author Dr. Yang Lu explained, “Up until now, diagnosis is made by expert opinion based on the results of several testing techniques including imaging. But what these scans show is often ambiguous, and so using them to definitively diagnose cardiac sarcoidosis is problematic. There is really currently no gold standard for diagnosing cardiac sarcoidosis.”

For the scans, patients must be first injected with a short-lived radioactive tracer called fludeoxyglucose (FDG), which is similar to glucose. FDG concentrates in cells with high metabolic rates (e.g., cancer cells, neurons) and cells affected by inflammation.

In order to reduce the amount of sugar and FDG absorbed by healthy heart cells, patients are often asked to consume a high-fat and low-sugar diet 24 hours before the test. Healthy heart cells use fat for fuel so that the cells affected by disease use the sugar and thus stand out more clearly on the resulting images.

Dr. Lu added, “When we used this method, we noticed that the results were not satisfactory. The unpredictable uptake of FDG by healthy heart cells makes the scans hard to read.” Almost half of the scans preceded by the 24 hours of the special diet were not useful for diagnosis.

One patient followed the diet for two days instead of one and his imaging results were clearer. At that point, doctors were much more confident to diagnose cardiac sarcoidosis based on the imaging tests.

Following these findings, the researchers wanted to determine whether 72 hours on the diet would further improve imaging results. Compared to the 24-hour diet group with 42 percent having undetermined results, the 72-hour diet group only had four percent of patients with unclear results. This suggests that being on the high-fat low-sugar diet for a longer period helps improve the accuracy of diagnosis.
Dr. Lu concluded, “By following the diet for three days instead of one, the unpredictable but normal uptake of sugar by healthy heart cells was suppressed, so we could be more confident that areas that picked up the FDG had a very high likelihood of being affected by sarcoidosis, and this minimized the number of indeterminate findings where we can’t make a diagnosis.”