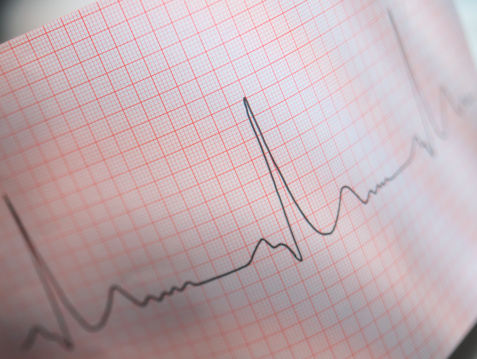 It is recommended that all persons under the age of 60 be screened for sarcoidosis, as it is a reversible condition. Early detection of cardiac sarcoidosis can prevent complications from arising, including arrhythmia – which increases a person’s risk of stroke – and heart failure.

Heart rhythm disorder: This condition interferes with the heart’s electrical system, which is necessary to maintain a steady and regular heart beat. This condition can be a life-threatening complication of cardiac sarcoidosis, as it creates a heart block.

Heart failure: Cardiac sarcoidosis can cause the heart muscle to become stiff or weak, leading to heart failure. In extreme cases, an aneurysm can form on the heart wall.

Coronary disease: In rare cases, cardiac sarcoidosis can lead to an inflammatory disorder known as vasculitis, which – when severe – leads to coronary disease, contributing to heart attack. 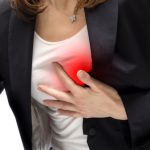 The exact cause of cardiac sarcoidosis is unknown, but it is believed to be triggered by the immune system’s over-reaction after exposure to an infection, chemical, or allergen. This reaction leads to inflammation around the heart, causing the white blood cells to cluster, thus causing a heart block.

A genetic component may also play a role, as it has been found that persons with siblings or parents with cardiac sarcoidosis have a five times greater risk of developing the condition, compared to the general public with no family history of cardiac sarcoidosis.

Symptoms of cardiac sarcoidosis may seem unrelated, consisting of shortness of breath, heart palpitations, feelings of fainting, loss of consciousness, swelling of the legs, difficulty breathing, and unexplained weight gain.  Other symptoms may include recurring lung infections, swelling of lymph nodes, facial rashes, and blurry vision.

African-Americans are more likely to develop cardiac sarcoidosis. Typically, the onset is between the ages of 10 and 49 years old. Lastly, as mentioned, having a family member with cardiac sarcoidosis increases a person’s risk of developing it themselves.

Generally, cardiac sarcoidosis does not require treatment, but when treatment is required, it often involves the most common corticosteroid prednisone, which is an anti-inflammatory. Other steroids may be prescribed as a means to suppress the immune system, and specific medications may be given to combat irregular heartbeat.

Other treatment options include catheter ablation and implantable cardioverter-defibrillator (ICD), which can deliver an electrical shock when needed in order to normalize heartbeats.