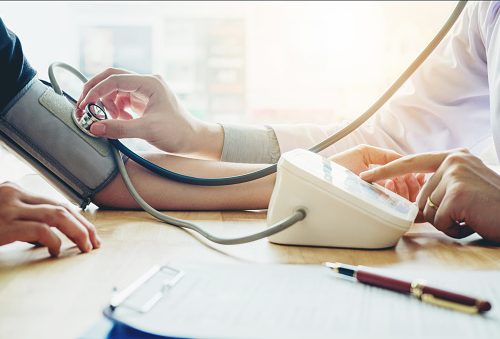 Incontinence is one of those health issues we don’t often discuss but is relatively common in older adults. Urge incontinence (UUI) is the sudden onset of the need to urinate. It is sometimes referred to as an unstable or overactive bladder. A new study has found urge incontinence is more likely to occur after suffering from a stroke or transient ischemic attack (TIA).

The study, performed by researchers at King’s College Hospital in London, examined data from 1,762 responses to the Medical Research Council National Survey for the Health and Development birth cohort, containing people who were born within one week in March of 1946. The selected participants were those that had answered the International Consultation on Incontinence Questionnaire short form (ICIQ-SF) at 68 years of age.

The survey showed that 12 percent of men and 19 percent of women reported episodes of urge incontinence at the age of 68. The participants who had previously suffered a stroke or TIA between the ages of 60 and 64 were more than twice as likely to have developed urge incontinence later on.

Higher body mass index (BMI) was also related to increased risk of incontinence, with each standard deviation of BMI adding a 19 percent risk increase. Other risk factors included sex (females were more likely to develop the condition), hypertension in men, and a co-diagnosis with stress urinary incontinence. “Stronger associations were found between these risk factors and UUI if severe UUI was reported,” said the researchers.

“Multifactorial mechanisms lead to UUI, and vascular risk factors may contribute to the pathogenesis of bladder overactivity in addition to higher BMI,” the authors wrote in the study. “Our results also support the emerging view that obesity contributes to UUI as part of a wider metabolic syndrome.”

They also said, “Taken together, these results suggest that vascular risk factors, in particular, hypertension, may contribute towards UUI pathophysiology in addition to previous stroke/TIA, raised BMI, female sex and co-presentation with stress urinary incontinence.”

Dr. Alex Tsui, one of the researchers from University College London, said: “Although higher BMI was known to contribute to UUI, our findings suggest this may be related to vascular risk factors, in addition to the mechanical contributions of increased body mass.” He also added, “Our results also seem to support more severe UUI symptoms to be a distinct disease entity from milder UUI.”

What causes blood pressure to change after eating?

Stroke risk in men and women: Know the difference