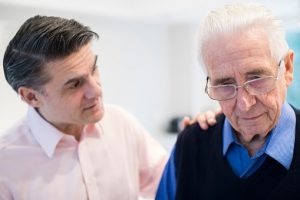 “Blood pressure changes with aging and disease, so we wanted to see what kind of impact it may have on the brain,” said study author Zoe Arvanitakis of the Rush Alzheimer’s Disease Center at Rush University Medical Center. “We researched whether blood pressure in later life was associated with signs of brain aging that include plaques and tangles linked to Alzheimer’s disease, and brain lesions called infarcts, areas of dead tissue caused by a blockage of the blood supply, which can increase with age, often go undetected and can lead to stroke.”

Even when the researchers adjusted the data for other factors which may have influenced the development of brain lesions, the results remained consistent that high blood pressure increased the risk of brain disease. In terms of Alzheimer’s, the data showed that higher blood pressure across the years leading up to death was related to increased tangles, but not plaques, both of which are associated with the development of Alzheimer’s.