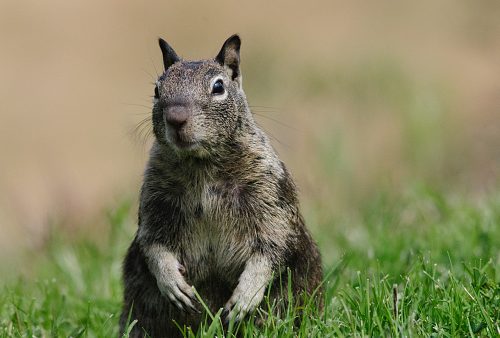 Approximately 795,000 people suffer from strokes every year. They are the third leading cause of death in America. A stroke occurs when blood supply in part of the brain becomes interrupted or severely reduced (called an ischemic stroke), depriving vital brain tissue of oxygen and nutrients. This is a life-threatening medical emergency that, if not treated promptly, can cause irreversible damage.

Preventing brain damage and strokes, in general, has been a point of focus for many years by researchers. The latest research comes looks at an unlikely source—hibernating ground squirrels.

It is the process of hibernation that has scientists very interested in this animal. During hibernation, squirrel’s brains experience dramatically reduced blood flow. This is very similar to the beginnings of a stroke in human brains, but ground squirrels seem to wake up from their seasonal nap with no ill effects.

A newly identified drug that could grant a similar effect might have great potential for preventing ischemic stroke. It is believed that by using it, patients would be able to mimic cellular changes that protect the brains of hibernating animals.

“For decades, scientists have been searching for an effective brain-protecting stroke therapy to no avail. If the compound identified in this study successfully reduces tissue death and improves recovery in further experiments, it could lead to new approaches for preserving brain cells after an ischemic stroke,” said Francesca Bosetti, Ph.D., program director at the NIH’s National Institute of Neurological Disorders and Stroke (NINDS).

Current methods for minimizing stroke-induced cell death involve taking anticoagulant medication within a certain time frame or removing the clot as soon as possible, which dramatically improves patient outcomes. However, there is no drug that protects the brain directly. This drug would be the first.


The protective effect on hibernating brains

A cellular process called SUMOylation was discovered to activate when certain species of ground squirrels go into hibernation. It is suspected to be the main reason for the neuroprotective effect against reduced blood flow. This theory was confirmed using subsequent experiments in cells and mice studies.

“If we could only turn on the process hibernators appear to use to protect their brains, we could help protect the brain during a stroke and ultimately help people recover,” said Joshua Bernstock, a graduate student in Dr. Hallenbeck’s lab and the study’s first author.

While more research is needed to find a suitable pharmaceutical alternative, the researchers hope their study inspires others to look at other natural models that might lead them to new therapies and treatment alternatives.

Related: Stroke vs. heart attack: How do you know if you’re having a stroke or heart attack?