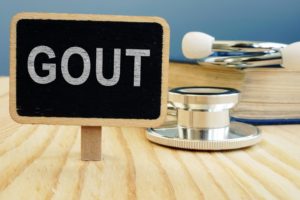 For those who suffer from gout, taking a popular medication may lead to a heightened risk of heart disease and kidney disease. The medication allopurinol is commonly used to treat gout, which is a painful condition becoming more common globally.

For the eight million Americans who suffer from gout, sudden and severe attacks of pain in the joints aren’t the only things to worry about. Published in CMAJ (Canadian Medical Association Journal), allopurinol has shown a link to heart disease in patients taking the medication for gout. The US Food and Drug Administration recently issued a warning about another gout medication, febuxostat, which has been linked to cardiovascular disease. This warning caused an increase in allopurinol prescriptions, but now researchers are also warning about this drug.

For a better understanding of the association between heart disease and hospitalizations for allopurinol-associated severe adverse skin reactions in a general population, researchers from Canada and the United States looked at data from Population Data BC. This database includes health and prescription information on almost all 4.7 million residents in British Columbia.

Researchers found that heart disease was associated with an increased risk of hospitalization for allopurinol-related adverse skin reactions. It also found that in people with both heart and kidney disease, the risk was increased further.

“Our findings suggest that heart disease, like chronic kidney disease, is a risk factor for allopurinol-associated severe cutaneous adverse reactions that warrants adoption of precautionary measures against these reactions, such as low-dosage allopurinol initiation or screening for HLA-B*5801,” writes Dr. Hyon Choi.

“Physicians who prescribe allopurinol should look for these risk factors so that they may consider initiating lower-dosage allopurinol and other precautions, which may prevent this rare but serious adverse reaction,” the authors conclude.

Gout is a condition that is caused by increased uric acid in the blood, which deposits crystals in the joints. This causes an inflammatory response, which can often lead to dangerous blood clots, triggering heart attack and stroke.

While the intention of the medication is good, the side effects are not only scary but dangerous. Allopurinol plays an essential role in the management of gout, but there are many natural remedies that can help manage the symptoms of gout and help to treat the condition.