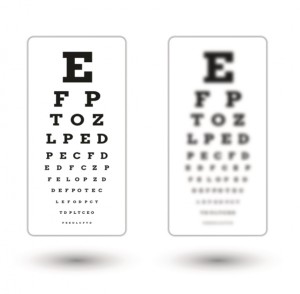 There are many changes that occur to our vision and eye health as we age – our risk of developing glaucoma and vision loss increases. Many aging vision problems can be prevented; there are many alternative, sometimes controllable factors that can prevent vision problems from striking.

Here is a roundup of Bel Marra Health’s top 2015 glaucoma and vision news stories. From treatment to eye health to prevention tips, this is all you need to know about the past year in regards to your eye health.

Vision and Socio-economic Status: Why pensioners are at higher risk for vision loss

The Centers for Disease Control and Prevention (CDC) attempted to reveal a correlation between socio-economic status and vision loss. By analyzing data from the American Community Survey they were able to study severe vision loss as it related to income.

They found that among the states with the highest poverty rates – Alabama, Arkansas, Mississippi, Georgia, Kentucky, North Carolina, Texas and Tennessee – there were high incidences of vision loss.

Although it is already known that vision loss and poverty might be linked, this is the first time that such information is being illustrated. Globally, the same relationship can be seen and in the poorest of countries vision loss appears to be at its highest.

But what’s the reasoning? Does poverty cause vision loss or does vision loss lead to poverty? Learn More 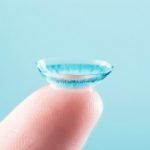 Colored contacts are popular for people who want to switch up their look, but a Korean study found they can also impair vision and eyesight.

The researchers conducted eye exams on 30 participants wearing clear lenses, then repeated the tests with colored contacts. The colored contacts had varying amounts of un-tinted open space around the pupil. The less clear space that was available, the less the participant was able to see. Objects at a distance were blurry, and some lost the ability to detect contrast.

Dr. Oliver Schein from Johns Hopkins Wilmer Eye Institute said, “For the most part, if you are going to wear colored contacts for a few hours on Halloween, the likelihood of a problem is very small.” Learn More 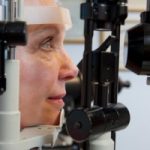 Glaucoma fall risk in the elderly can be detected early and reduced by measuring gait abnormalities – movement patterns of limbs – according to new findings. Researchers from Washington State University developed a way to analyze a person’s gait with sensors, which could reduce the risk of falls in elderly people with glaucoma.

Researchers from Washington State are working with a team at the University of California, Los Angeles to begin clinical trials to test the sensors.

Previous research found that glaucoma patients have a greater fall risk as vision deterioration worsens. Glaucoma sufferers tend to walk slower, bump into more objects and have unequal step placement. Unfortunately, many patients are not diagnosed in the early stages when the disease is more easily treatable. Learn More

Researchers found that frequently moving the eyes and head can help visual abilities for glaucoma patients. 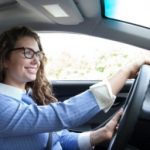 The research was conducted at a state-of-the-art driving simulator at the Mercedes-Benz Center. The participants were six individuals with glaucoma and binocular vision loss who all partook in the driving simulation. The simulation had close to real-life conditions with 360-degree visual projection, a real car and a moving base. Learn More

A new study revealed a gene linked with glaucoma that could improve treatment. 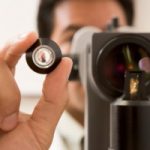 American scientists have found a gene interaction link with glaucoma which they hope can improve glaucoma treatment. Fluid pressure within the eye –intraocular pressure – is common with open-angle glaucoma, and it can lead to a gradual death of retinal ganglion cells.

Causes of glaucoma can span from genetics, environmental factors and aging. The new research supports two genes which may contribute to the death of retinal ganglion cells.

Researchers found individuals with a form of one gene, called SIX6 – which is used for the normal development of the eye – increased in expression of a second gene, p16INK4a.

P16INK4a has been linked with other conditions, such as cancer and heart disease and has been shown to make cells stop growing. This gene is also a known risk factor for open-angle glaucoma. Learn More