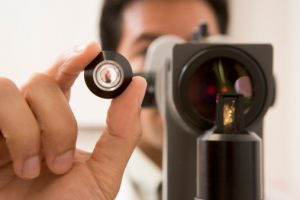 Glaucoma treatment may improve as a new connection has been found between glaucoma and a gene. Glaucoma is a condition which affects the eyes and it’s the leading cause of blindness if left untreated. Currently there is no cure for glaucoma, but as more research comes to light we get closer to bettering treatment.

Unfortunately, no one is immune to developing glaucoma, and it most commonly occurs with age. Furthermore, glaucoma may be symptomless, so if you do not get your eyes checked regularly they could be getting worse and treatment could be delayed.

An estimated three million Americans have glaucoma, but only half are aware they have it. Blindness associated with glaucoma affects African-Americans six to eight times more than Caucasians.

The best way to prevent blindness caused by glaucoma is through early detection. Getting your eyes checked regularly – at least every two years – will spot changes in your vision.  Furthermore, seniors should receive a dilated eye exam as it is the best way to detect glaucoma. Treatment options for glaucoma include eye drops, laser therapy and surgery. 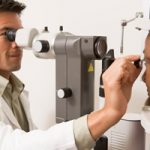 American scientists have found a gene interaction link with glaucoma which they hope can improve glaucoma treatment. Fluid pressure within the eye –intraocular pressure – is common with open-angle glaucoma, and it can lead to a gradual death of retinal ganglion cells.

Causes of glaucoma can span from genetics, environmental factors and aging. The new research supports two genes which may contribute to the death of retinal ganglion cells.

Researchers found individuals with a form of one gene, called SIX6 – which is used for the normal development of the eye – increased in expression of a second gene, p16INK4a.

P16INK4a has been linked with other conditions, such as cancer and heart disease and has been shown to make cells stop growing. This gene is also a known risk factor for open-angle glaucoma.

In mice models increasing expressions of SIX6 led to an increase of expressions of p16INK4a which revealed a link between the two. Lead author, Professor Kang Zhang, said, “High intraocular pressure in glaucoma increases expression of p16INK4a, making it a key integrator of inherent genetic and environmental risk factors that can result in glaucoma.”

Researchers are now attempting to find ways to block p16INK4a as a means of improving treatment for glaucoma.

David Crabb, from the University of London, commented, “At the moment the clinician’s toolbox for treating glaucoma is pretty empty. These findings will generate excitement because inhibiting p16INK4a could, eventually, offer a new therapeutic approach. It’s particularly interesting because high eye pressure is thought to increase expression of P16, therefore linking P16 to the best-known risk factor in glaucoma. However, there are likely several preclinical studies needed to assess the efficacy and safety of inhibiting p16INK4a expression (not easy, I think), so trials in humans will be some way off.” 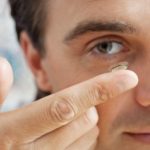 Researchers from Harvard Medical School of Ophthalmology, along with MIT, have uncovered a way to treat glaucoma with the use of a contact lens. Their version of a contact lens is similar to a regular contact lens; however, their version contains three layers in order to correct vision and release medication at the same time.

People with glaucoma may be required to use eye drops, which may be difficult to administer and can be messy. The use of these contact lenses removes the mess and makes it much easier for the medication to enter the eye.

The contact lens has proven to be successful, and all ingredients used are FDA approved. The contact lens can now move out of testing and into the hands of those who really need it.

Anyone can become affected by glaucoma, and although some risk factors are unpreventable – aging, ethnicity and family history – there are some ways you can prevent glaucoma. For starters, manage any underlying medical issues, like blood pressure or cholesterol. Ensure you are visiting an eye doctor to observe any changes to your eyes. Further, manage any pre-existing eye conditions that could lead to the development of glaucoma.

If you already have glaucoma, you should know there are plenty of foods you should be eating to offer proper nutrition for your eyes. Below is a list of the best foods to eat for improved vision.

The more research done on glaucoma, the closer we can become to a cure and finding effective ways to prevent it.

Glaucoma steals your sight without warning