Home » General Health » Bladder » How to get rid of a UTI naturally? 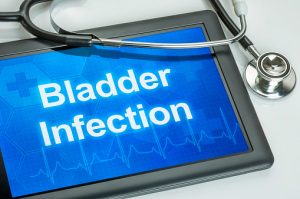 Just how to get rid of a UTI is a common dilemma, since many people—especially women—have experienced at least one in their lifetime. A UTI is a urinary tract infection, and it is the second most common infection in the human body.

Women are especially prone to UTIs since the urethra is short, which gives bacteria quicker access to the bladder. Some people seek medical treatment the moment they notice the signs of a urinary tract infection, but others want to try to get rid of the UTI without going to the doctor.

Bacteria that enter the urogenital tract cause urinary tract infections. While our bodies do have mechanisms to fight invading bacteria, the reality is that sometimes microbes are able to get in and multiply in the bladder, causing inflammation. This inflammation can lead to frequent urination, a burning sensation, or even pain when passing urine. It is important that a UTI is treated because it can spread to other parts of the body, including the kidneys.

Most doctors prescribe antibiotics to treat urinary tract infections, but UTI treatment without antibiotics has worked for some people.

Natural ways to get rid of a UTI

It’s unfortunate, but there are some people who experience reoccurring urinary tract infections. Lifestyle can often dictate who these people are. While there is no way to get rid of a UTI fast, unless it is in the very beginning stages, the best course of action is to prevent it from happening in the first place.

Here are some prevention tips to keep in mind:

You might be wondering how long a UTI lasts. Well, every case is different. It depends on how far along the infection is before you start treatment. When the UTI is discovered quickly, natural home remedies can be effective. In situations where the infection isn’t caught early, it could take more than a week to feel relief from the time treatment starts.

If you try home remedies and they don’t work, it is important to see a doctor. As mentioned, an untreated UTI can lead to further health complications, particularly kidney issues. A number of researchers around the world are working on a vaccine to protect people against bladder infections, but until then, people who suffer from UTIs have to be aware of all the treatment options and act in a timely manner to avoid any unnecessary spreading of infection.