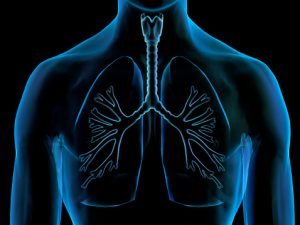 The hedgehog gene has been found to play a role in the regeneration of adult lungs for those with lung disease. The hedgehog gene is responsible for controlling embryonic development and maintaining the normal physiological state and repair process of a healthy lung if damaged. The findings come from researchers at the Perelman School of Medicine at the University of Pennsylvania.

Some cells in the body regenerate much quicker than others; for example, the heart and brain regenerate the slowest, if at all. In between the spectrum of regeneration are the lungs and liver. Without injury tissues remain in an inactive state, but it has been unclear how this state was maintained.

Senior author Ed Morrisey said, “We demonstrated that quiescence in the adult lung in an animal model is an actively maintained state and is regulated by hedgehog signaling. We were surprised, this was the exact opposite of what other researchers had suggested and pretty much the opposite of what happens during development. We scratched our heads for a long time.”

In a lab setting multiple approaches were used to determine what the hedgehog gene does in the lung. First they deleted the sonic hedgehog gene and found mesenchymal cells began to spontaneously proliferate. The same results occurred when the hedgehog was deactivated.

Then the researchers inflicted multiple injuries to lung tissues and found hedgehog signaling decreased. Then they activated the gene after lung injury and found that the hedgehog pathway inhibited proliferation of the mesenchymal cells surrounding the lung airways.

Morrisey added, “These results demonstrate that epithelial-mesenchymal interactions coordinated by hedgehog maintains the normal state of a healthy lung, and turning off hedgehog during injury can lead to abnormal cell repair and regeneration in the lung. We think that mistakes in the hedgehog feedback loop could contribute to many adult lung diseases characterized by a chronic injury and regeneration cycle.”

He concluded, “We now have a better idea of what is going on in lung disease – in adults, hedgehog suppresses proliferation and maintains cell quiescence, as opposed to its opposite role in embryo development. These surprising findings suggest that researchers have to be careful in predicting the function of developmental pathways in adult organs. We need to remember that they will not always function in the same manner.”

The findings were published in Nature.