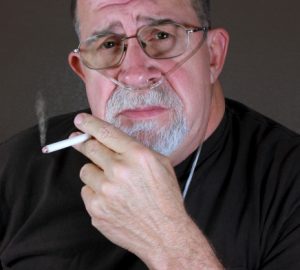 A genetic link has been found between COPD and smoking behavior which can contribute to lung disease. Chronic obstructive pulmonary disease (COPD) is the third leading cause of death worldwide. As a progressive lung disease, breathing becomes more and more difficult over time.

There are different types of COPD including chronic bronchitis and emphysema. Common causes of COPD are smoking, exposure to industrial pollutants, genetics and infection.

Recent findings uncovered a link between COPD and smoking behavior. Shared lung deficiencies were seen in both smokers and nonsmokers, which means that COPD can still be a threat to those who do not smoke if they have a particular gene. 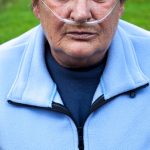 The study examined the lung function of 152,030 Caucasians of European ancestry, both smokers and non-smokers. They all had a variety of lung function from poor to excellent based on their forced expiratory volume (FEV). With this information researchers aimed to determine if there were any shared links between the individuals. The team also used a new genotyping array, which allowed them to measure over 800,000 gene variations.

The team uncovered six different gene variants associated with COPD and lung health. These variants were also seen in nonsmokers with COPD. Five gene variants were found in heavy smokers, which researchers believe can be helpful in preventing smoking-related lung disease like COPD.

The authors wrote, “These findings, taken together with previous findings, will help define pathways underlying predisposition to development of COPD and smoking behaviors. A full understanding of the biological mechanisms underlying these genetic associations will improve our understanding of the pathophysiology of COPD and smoking behavior, and potentially give rise to novel therapeutic strategies for the management of airway disease and prevention of nicotine addiction.”

The researchers are hopeful their findings can better help prevent COPD and help people quit smoking.

The smoking and COPD connection

The Centers for Disease Control and Prevention (CDC) says that smoking is involved in 90 percent of COPD cases. In chronic bronchitis, the tubes which carry air to and from the lungs are constantly inflamed and irritated. When a person smokes the many chemicals from the cigarette become released and line the airways and lungs. The lungs are therefore always irritated and cannot function properly.

In emphysema the bronchial tubes become damaged which results in labored breathing. Cigarette smoking contributes to the death of cells and continues to break down the proteins responsible for elasticity. Some studies show that cigarette smoking can contribute to an autoimmune response, where the immune system begins to attack the alveoli tissues.


How does COPD affects your lungs? 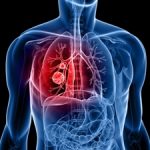 The lungs are a large component of our respiratory system. They work with the heart to get our blood oxygenated and keep us moving. Each lung has a bronchial tree which is responsible for moving around the air. Our lungs also contain grape-like clusters called alveoli and blood cells. All parts of the lungs work together to oxygenate blood, ensure breathing and expel toxins.

Other causes of COPD

Aside from smoking cigarettes, there are other causes of COPD which include:

You don’t have to experience or develop COPD just because you are getting older; you can still very much prevent COPD from happening to you. Prevention tips of COPD include:

Breathing exercises to cope with COPD 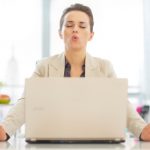 Pursed lip breathing: Studies have shown breathing with pursed lips can reduce the effort it takes to breathe. To complete the technique inhale for counts of two through the nose. Purse your lips and exhale slowly.

Coordinated breathing: If you’re exercising, your breathing can become shorter and lead to anxiety. If participating in exercise, inhale through your nose before the exercise begins. Once again purse your lips and exhale when you begin to exert yourself. For example, inhale and exhale when you lift a weight up and down.

Deep breathing: When air is trapped in the lungs it can create shortness of breath. For deep breathing inhale all the air you can through your nose, then hold it for five seconds. Release all the air until you feel “empty.”

Huff cough: This technique can help expel and break-up mucus. Take in a deep breath and expel it by huffing the air out. You should feel like you’re making a “ha” sound.

Diaphragmatic breathing: The diaphragm is another important part of breathing. While lying on your back place one hand on your chest and the other on your stomach. Take in a breath and feel your stomach rise. Breathe out slowly while applying pressure to push down and expel the air.

COPD may make breathing harder, but with these prevention tips and breathing exercises in mind you can still carry out your life whilst living with COPD.

The COPD in America survey, conducted online during April 2015, involved 1,009 COPD patients currently residing in the U.S. or U.S. citizens living abroad. According to the study, many patients are completely clueless or only partially aware about risk factors and diagnosis. Continue reading…