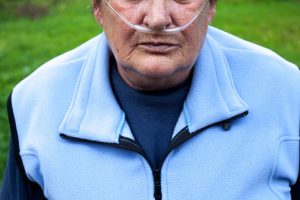 The COPD in America survey, conducted online during April 2015, involved 1,009 COPD patients currently residing in the U.S. or U.S. citizens living abroad. According to the study, many patients are completely clueless or only partially aware about risk factors and diagnosis.

These results suggest that the current level of awareness among patients can have a severe impact on quality of life, employment, and ability to afford treatment.

COPD encompasses a group of lung conditions that severely impact breathing. Collectively there are more than 15-million people in the U.S. suffering from COPD, and it is the third most common cause of death in the U.S.

Of the patients interviewed in the study, only 38 percent were aware of COPD or its risk factors before they were diagnosed with the disease. Almost one-third did not know their initial or current diagnosis stage. About two-thirds of the people in the study, wished they knew more about COPD and how to stop or slow down its progression, when they first came to know they had COPD. Sixty-seven percent of respondents blame themselves for having COPD and 78 percent wish they had done things differently so that they would not have the disease.

“However critical information about the different types of COPD and how severe the symptoms can become is not reaching enough high-risk people,” he said, adding the survey found that 68% of current smokers quit and an additional 15% were trying to quit after they were diagnosed with the disease.

“That’s huge. When armed with information, patients do take steps to change their lives.”

According to the study, COPD affects all aspects of life, and brings with it a huge change in lifestyle. Eighty-seven percent of respondents with COPD say they were unable to do as much as they could before the onset of the disease. Thirty-two percent said they needed some form of help from a caregiver to go about their day-to-day. And most respondents developed additional respiratory infections, high blood pressure, and even depression as a result of COPD.

Even their job status was severely affected. Among the respondents, only a small fraction (15 percent) were working full-time. Twenty-eight percent were on disability with symptoms like difficulty breathing, shortness of breath and fatigue. And 40 percent were retired.

“This survey illustrates the need for more COPD awareness and education amongst the general public and patients as well,” said Tim Armand, president and co-founder of Health Union.

“As the incidence of COPD continues to grow, hopefully educational efforts and the new COPD.net website can bridge the information gap and ultimately improve care,” said Armand.

More details about the survey are available upon request.