Home » General Health » Friends in old age: A predictor of health and happiness 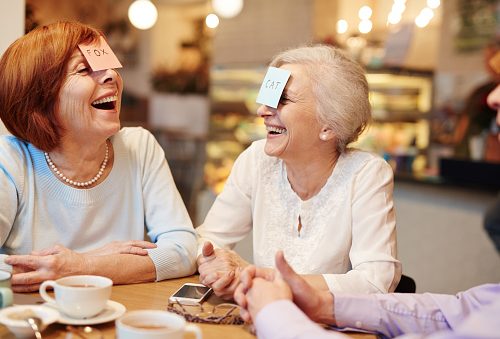 Having family in our lives provides us with support when we need it, allowing us to share memories that last a lifetime. While there is nothing more important than family for most people, a new study suggests that as we get older, it is the friendships that we’ve cultivated over the years that become important to us—more so than family.

Friendship is a powerful thing, but can it trump family bonds? It can, according to a Michigan State University assistant professor of psychology.

By analyzing data collected from two studies and involving nearly 280,000 people, it was found that friendships become increasingly important to one’s happiness and health across their lifespan.

Data was taken from survey information about relationships and self-rated health and happiness information. Participants were of all ages and from nearly 100 different countries. One of the surveys documented data about relationship support/strain and chronic illness for older adults in the United States.

Surprisingly, friendships were a stronger predictor of health and happiness in older adults than relationships with family members.

“Friendships become even more important as we age. Keeping a few really good friends around can make a world of difference for our health and well-being. So, it’s smart to invest in the friendships that make you happiest,” said study lead William Chopik, assistant professor of psychology.

It is important to note that both family and friends were seen to be a positive predictor of health and happiness overall, but only friendships played a big role in those of advanced age.


We choose our friends

Chopik believes that because friendship is optional in nature, over time, we weed out the ones we don’t like and keep the ones we do. Friends are also a source of support for those who don’t have spouses or for those who don’t lean on family in times of need. Having friends also prevents loneliness in times of bereavement. They are also more likely to stimulate social life after retirement.

“Friendships help us stave off loneliness but are often harder to maintain across the lifespan. If a friendship has survived the test of time, you know it must be a good one – a person you turn to for help and advice often and a person you wanted in your life,” concluded Chopik.

You share more with your friends than you think