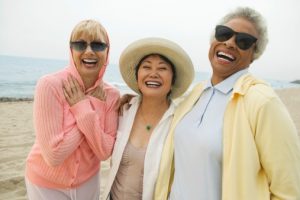 Professor Kathleen Mullan Harris said, “Based on these findings, it should be as important to encourage adolescents and young adults to build broad social relationships and social skills for interacting with others as it is to eat healthy and be physically active.”

The latest findings are based upon previous research which examined that aging adults live longer if they have strong social ties.

The researchers found that the size of social networks was important for both young and older adults’ health. It was uncovered that adolescents in social isolation had a higher risk of inflammation equal to that of someone who lacked physical activity. Additionally those with high social interaction were protected against abdominal obesity. Furthermore, in later life, those in social isolation had poorer health outcomes worse than diabetes complications and unmanaged hypertension.
For those in middle age the number of social networks did not matter as much as what those social networks provided. Harris explained, “The relationship between health and the degree to which people are integrated in large social networks is strongest at the beginning and at the end of life, and not so important in middle adulthood, when the quality, not the quantity, of social relationships matters.”

Professor Yang Claire Yang concluded, “We studied the interplay between social relationships, behavioral factors and physiological dysregulation that, over time, lead to chronic diseases of aging — cancer being a prominent example. Our analysis makes it clear that doctors, clinicians, and other health workers should redouble their efforts to help the public understand how important strong social bonds are throughout the course of all of our lives.”

The findings were published in the Proceedings of the National Academy of Sciences.