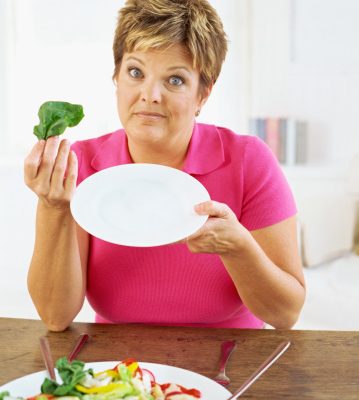 It might be easier said than done, but it’s worthy of a mention following some shocking new research. With all of the big gyms and trainers pushing hot, sweaty and time consuming work-outs it really might be some research that is shaking the very foundation of weight loss efforts around the globe.

Louisiana State University research is now saying that it could just be a matter of putting down your fork and spoon, rather than sweating it out playing sports. The research is ongoing, but the premise is pretty simple: If you want to live longer, eat less food. The research is formulated based on recent findings that show high metabolic rates are tied to higher risk factors for early mortality. Not only this, but calorie-restricted diets are recently being brought to light as being able to slow down the metabolic rate, hence allowing people to live longer lives.

The Weight Loss Study That Has People Talking

The new study involved 48 people who were assigned to 3 groups: One that cut their current daily calories down by 25%, the second cut their calories by 12.5% and stayed with an exercise plan, and the third group had liquid meals which totaled only a mere 890 calories a day.

The interesting findings showed that not only did all 3 groups lose weight, but all also had varying degrees of lowered body temperature and had reduced rates of cellular aging. The researchers are saying that eating 3 full meals a day is more a habit than an actual nutritional requirement. The research also shows that to a certain degree fasting can also be beneficial, but warn that there are dangers associated with this rash weight loss behavior as well.

Keeping with these recent findings come even more controversial comments. The Institute of Health Ageing at University College London has gone so far as to suggest that eating 40% less could actually help extend the life of an individual by 20 whole years! One researcher from the Institute commented on the findings saying, “If you reduce the diet of a rat by 40 per cent it will live for 20 per cent longer. So we would be talking 20 years of human life.”

With almost every healthcare practitioner saying that exercise is an absolutely necessary function for good health, and most people saying that exercise increases longevity and vitality, it might be best to wait until more research is done before you give up your daily walk, or gym membership just yet. However, this research is also showing that exercise increases the need for calories, which could actually lower a person’s ability to exercise, making the benefits virtually obsolete. The theory means that you are actually taking yourself back a step by exercising in the first place.