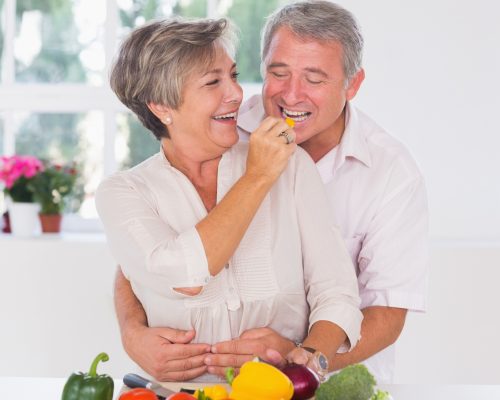 Over the last couple of years studies have suggested that junk food can be as addictive as heroine or smoking. This is because food can trigger feel-good chemicals in the brain such as dopamine. If greasy, sugary, processed foods can alter our brain then what happens when we eat healthy, nutritious food? Research suggests it can actually help, when it comes to our concentration.

Several studies show that certain food improves our mental focus, allowing us to get through the day without experiencing those foggy periods that interrupt our concentration levels.

Much of the research on food and mental focus has been done on rats; however, history has shown that rat behavior often gives us great insight into human behavior.

Last year (2014), researchers at the University of New South Wales, Australia conducted several studies to see how junk food would impact rats. They discovered just how addictive both sugar and salt could be. They learned that high calorie, high-fat food rewired the brain’s reward mechanism just like cocaine does. Interestingly, the more the rats had junk food, the less they turned to other foods, suggesting that unhealthy options also led the brain to turn away from trying new, possibly healthier foods. The rats soon became overweight and sluggish.

The popular theory is that both animals and human beings become sluggish, not only physically but also mentally, when they don’t eat nutrient-rich food.

Research scientists have taken a close look at what we eat and the impact it has on our brain. A study in Neurology showed that those who ate two or more daily servings of vegetables had the mental focus of people five years their junior.


Foods that can help you focus

Registered dieticians with the Academy of Nutrition and Dietetics agree that there are certain foods, as well as drinks, that can help you power through the day and give you more focus for whatever task is in front of you.

Supporting evidence that you can boost your brain by eating right

Experts at Harvard Medical School have also put food to the test when it comes to feeding the brain. They discovered that low-density lipoprotein, a cholesterol found in fatty food, speeds up the formation of plaques in the brain. The sticky protein clusters are blamed for the damage that takes place in people with Alzheimer’s disease.

Women in the Harvard/Brigham and Women’s Hospital study who ate the most saturated fats from food, such as red meat and buttered foods, performed worse on cognitive and memory testing than women who ate the lowest amounts of these fats. The study was published in the May 17th online edition of the journal Annals of Neurology.

There is no cure for serious, age related memory loss problems like Alzheimer’s disease or dementia, but as you can see there are a lot of food choices to help improve our level of concentration. Many of us have the ability to stay on top of our mental game, if we just choose the right food.

4 Top herbs for better brain health
You might want to put down that candy bar and supersize soda and reconsider… What you eat (and don’t eat) can affect your waistline, your disease risk and your brain power. Can your diet actually make you smarter? Absolutely. And junk food is not on the list. Continue reading…

Seniors: Exercise boosts brain health
Researchers at the University of Kansas Medical Center have shown that seniors can greatly benefit from exercise when it comes to boosting brain health. With this study researchers wanted to know how much exercise was needed to improve the cognitive function. Continue reading…